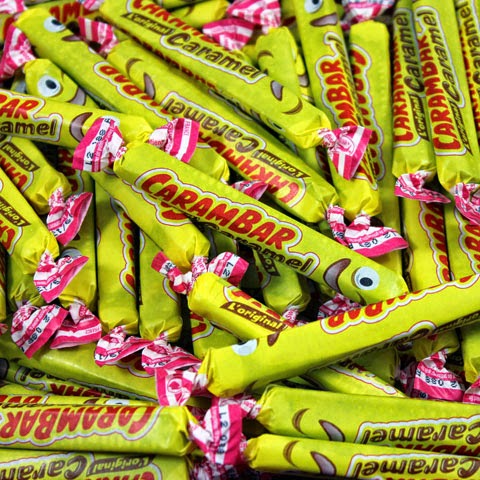 As is the custom, I brought back some sweets from France for my team at work. I brought back some Carambars. You’ve probably had them yourself, but they’re stick shaped chews that come in original caramel, assorted fruit flavours and have truly terrible jokes on the back of the wrapper. We’ve had fun this week as my team have handed me their wrappers and asked me to explain an awful pun that hinges – for instance - on knowing that the French word for canvas is the same as the word for web (Q: what do spiders dream of? A: having their webs/canvases hung in the Louvre. Boom boom). 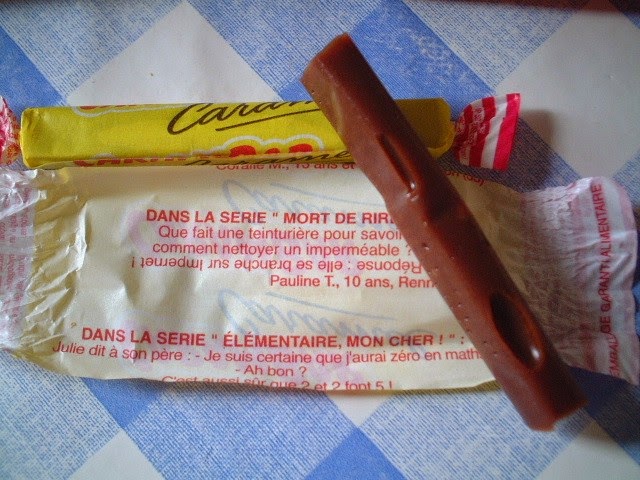 There have been a couple of jokes that have genuinely made me laugh though:

Okay, so it doesn’t translate perfectly into English, but that’s pretty funny, no? 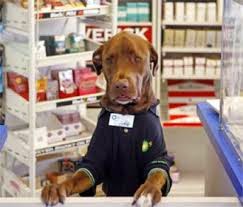 They also have something similar with the punchline “un electrichien”. (Quell metier les chiens peuvent-ils exercer?)

Say what you like about the French, but they certainly know their way around a good chien joke.
Posted by swisslet at 23:04