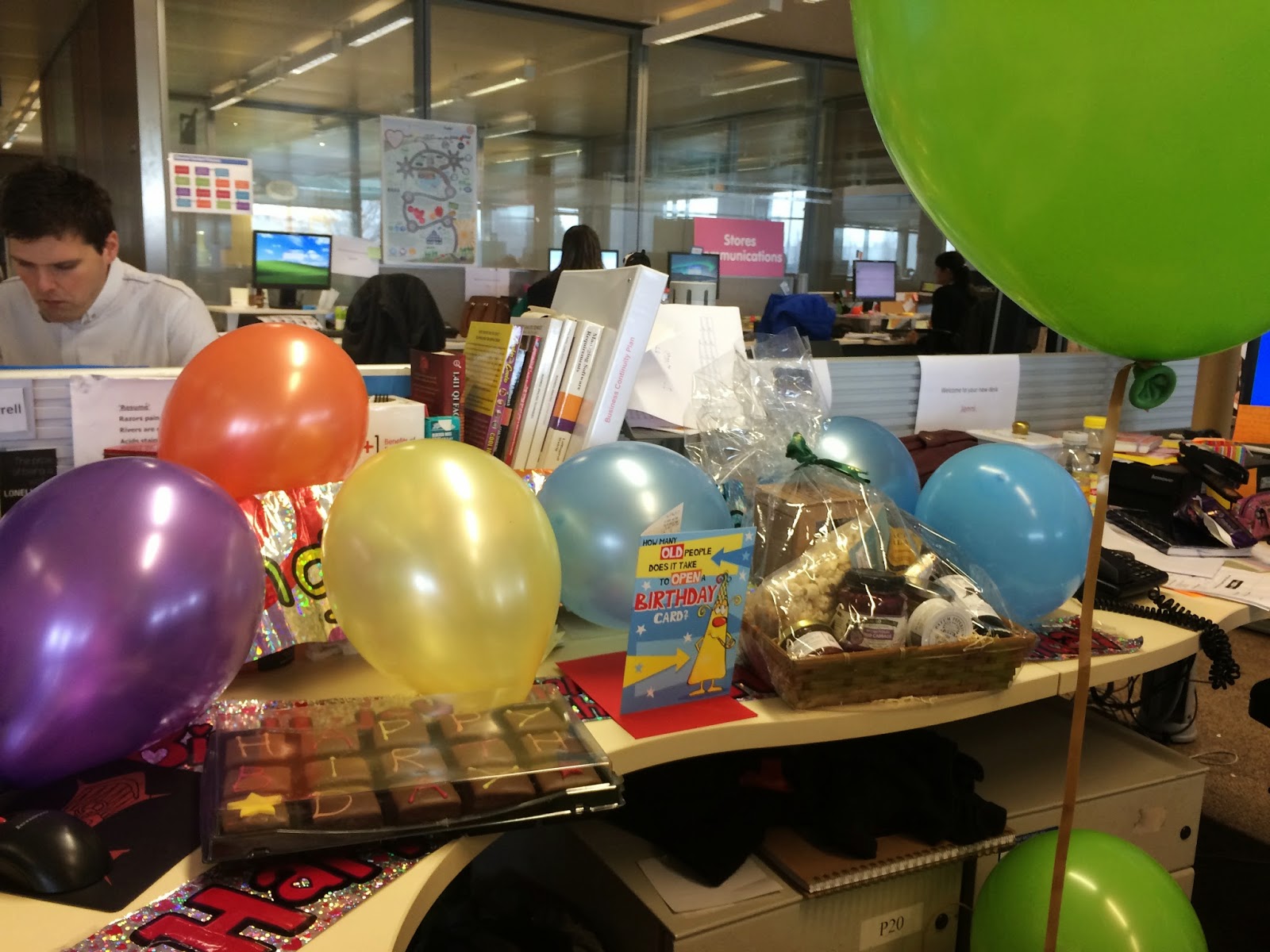 It's my birthday on Saturday, but I'm on holiday tomorrow and so I came back from a meeting at lunchtime today to discover that my team had decorated my desk.  Balloons. Lots of balloons.  Cake. Banners. A large package in Hello Kitty wrapping paper that turned out to contain a hamper of goodies from a fantastic deli in town: parkin biscuits, chutney, piccalilli, Gentlemen's Relish, artisinal popcorn, a chocolate cigar, snacking salami.... a pretty good haul by anyone's standards.  In addition, there was plenty of cake. 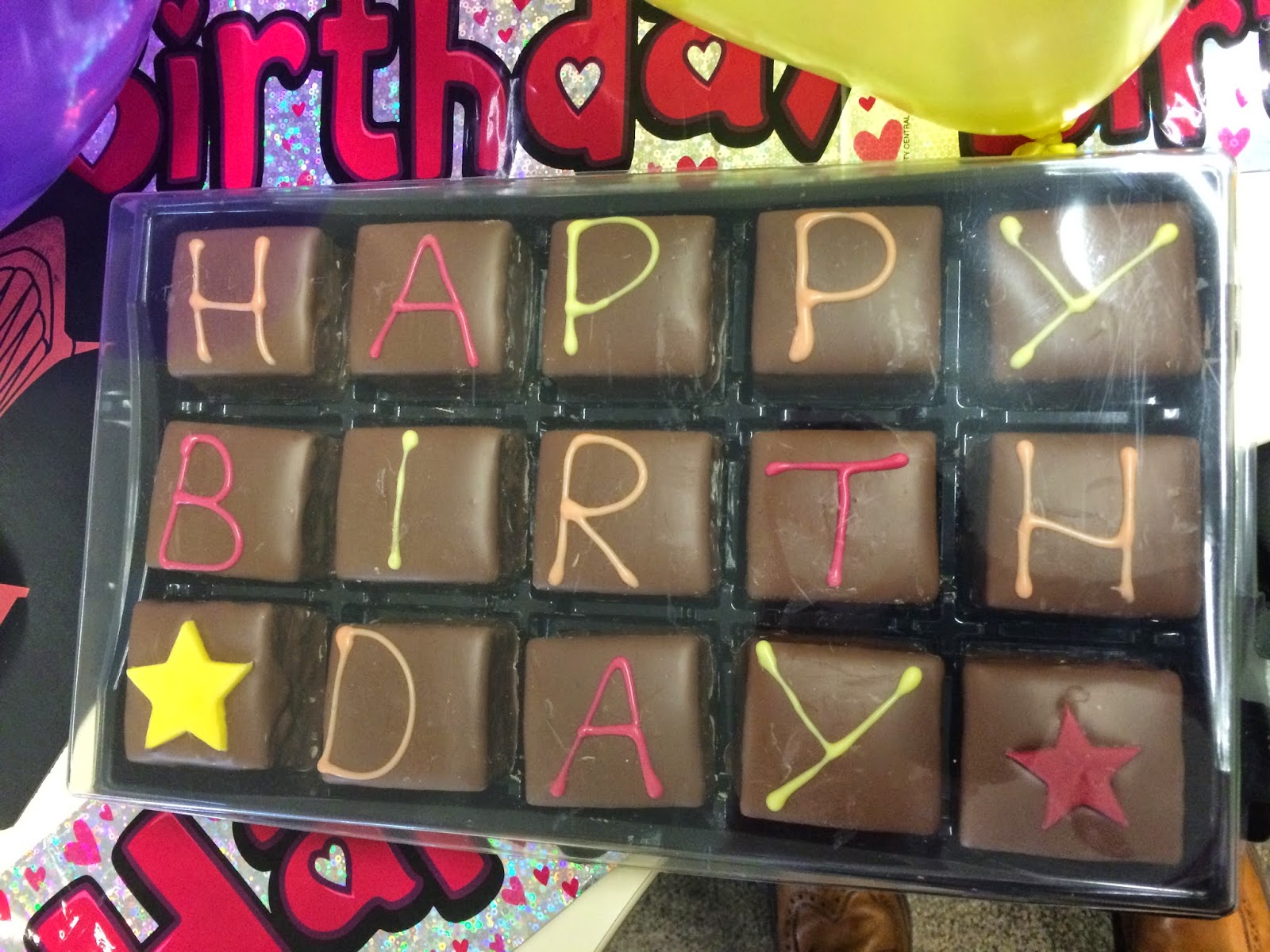 And they sang me Happy Birthday.

My team joke all the time about how I'm impossibly old. Well, they are mostly in their early twenties, and as far as they're concerned, I'm old and I'm only getting older and older.  But I love the fact that they went to so much trouble.  They made a real fuss of me when I turned 40 last year, and this year they've spent the last few weeks colluding with my wife to find out what to put in the hamper they were putting together for me.  It's kind of touching, don't you think? I love my team! 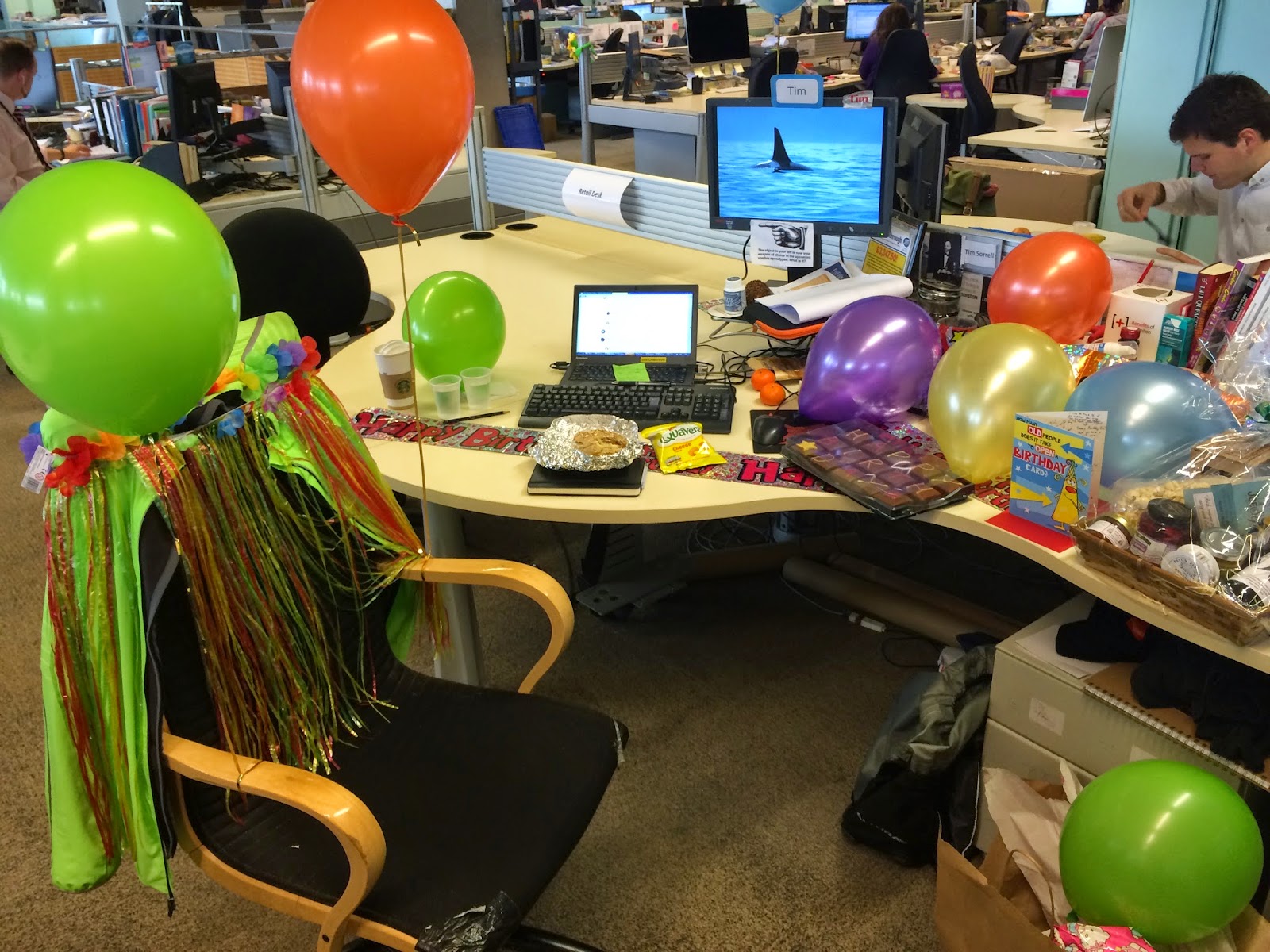 The balloons turned out to be controversial.  Apparently the building police came round whilst I was in a meeting and popped the helium balloons with a pair of scissors.  They say that it's something to do with the smoke detectors in the atriums that would trigger the sprinklers if an out-of-control balloon happened to float past them... but they're not fooling anyone.  They're just killjoys and we all know it.  To be honest, I'm surprised they're allowed to use scissors.  I came back to find the popped balloons still attached sadly to their strings, which was a bit of a downer.  You think they'd be more worried about the mouse infestation in the building, to be honest.

What times are these where we can't celebrate peoples' birthdays with balloons?