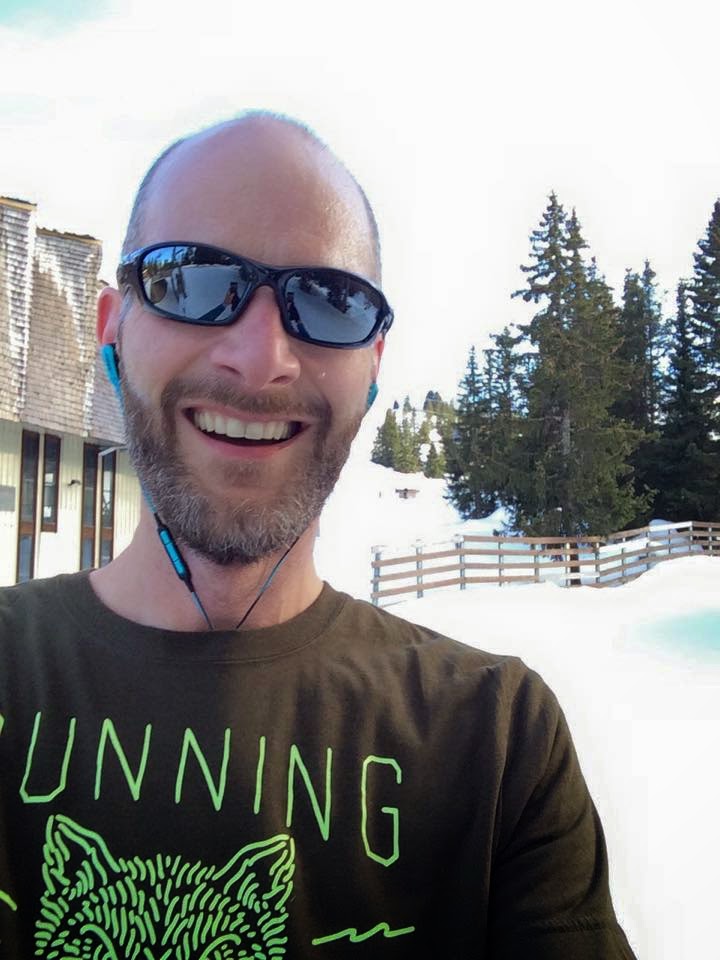 In the old days, before I was stupid enough to decide that I wanted to run a marathon, going on holiday usually meant leaving my running shoes at home.  These days, six weeks out from the big day, my training programme doesn't really allow such luxuries.  Perhaps I wasn't going to be able to run forty miles in a week as I have for the last couple of weeks, but I couldn't justify doing nothing.

Well, not that five days of fairly hard skiing is exactly "nothing", but you know what I mean.

So I took my trainers and managed to go out for three runs whilst we were there.  The thing about running in a ski resort, I have to tell you, is that at least half of your run is going to be up the side of a mountain.  To compound the problem, you're also at altitude.  These two simple truths made these three fairly short runs difficult.  You wouldn't think it possible, but sometimes a little three miler can be more painful than the fifteen miles you ran at the weekend.

Not surprisingly, before the week was out, Runkeeper had some news for me:

Running up a mountain three times is apparently more altitude gain than my usual runs around the rivers and canals of Nottingham.  You think? 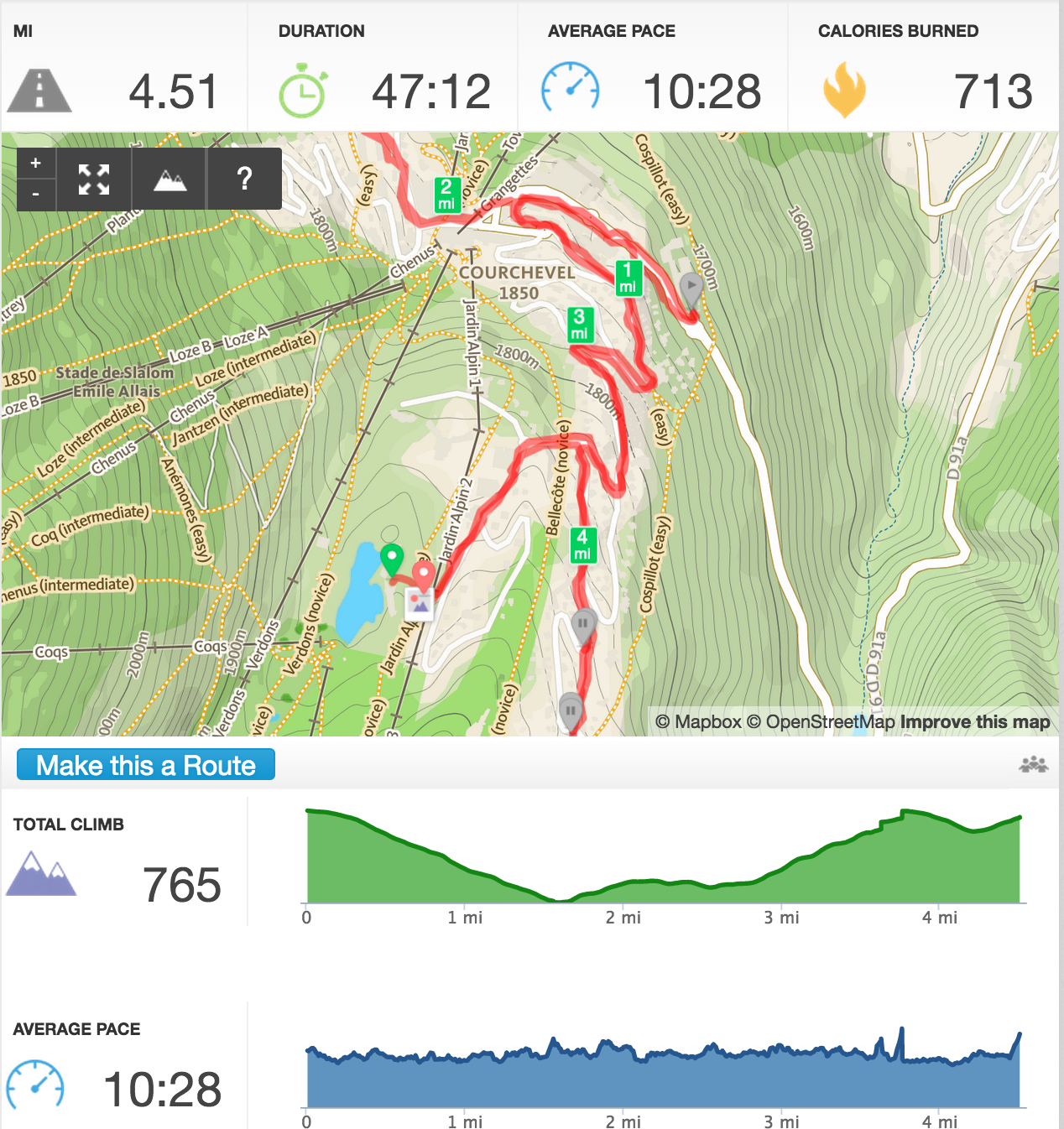 Mind you, look how steady I kept my pace in that bottom chart.  Not exactly the fastest run I have ever managed, but not disgraceful under the circumstances and after a full day's skiing.

After running the first time on my own, for the next two runs, I dragged my wife out with me.  As you can see, she was delighted by the whole experience. 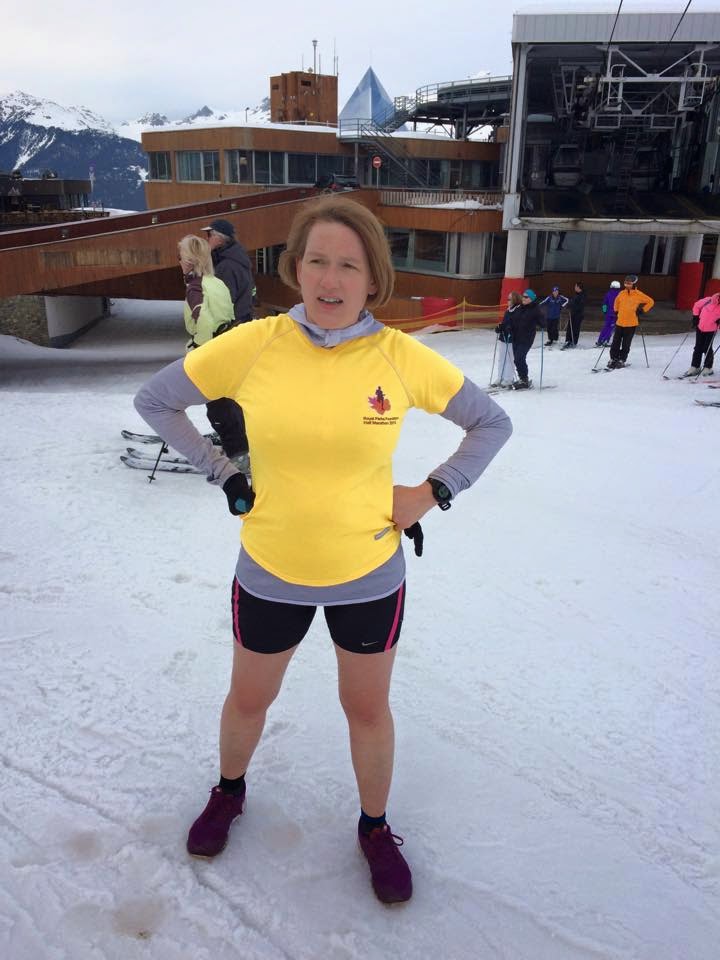 And when we got home, we went out on Sunday morning for a sixteen mile run.  I can confirm that skiing seems to be pretty good cross-training for running: it gives the thighs a good workout, but gave my poor weary hips and knees a break from the pounding.  Five days on the piste actually left my legs feeling pretty good.  Tired, but differently tired to running alone. 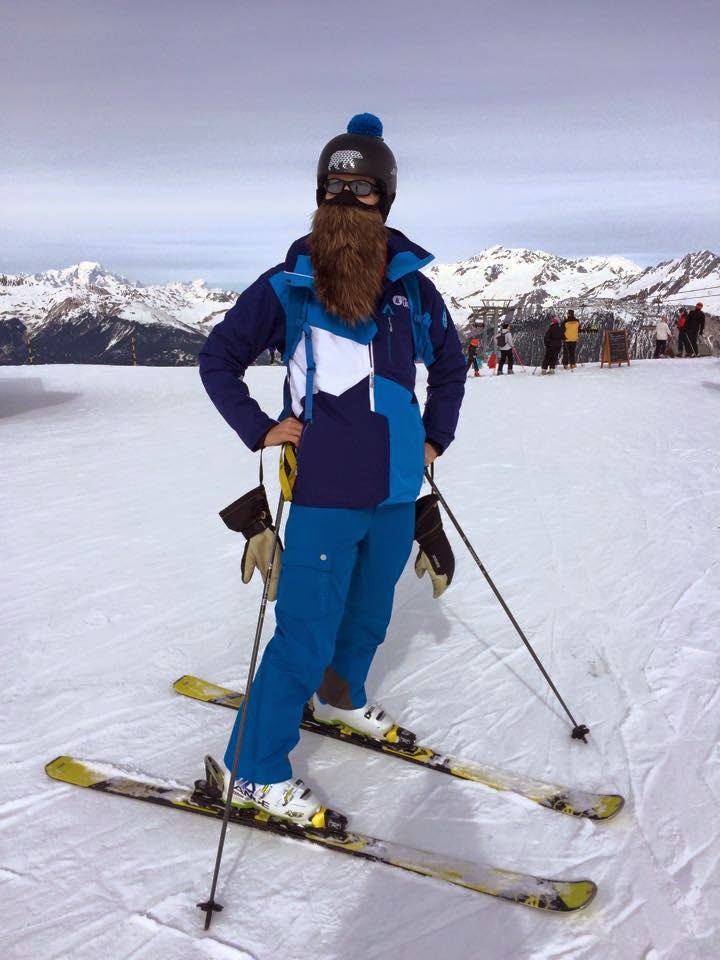 Also, skiing fashions.  What's not to like?
Posted by swisslet at 19:57

Email ThisBlogThis!Share to TwitterShare to FacebookShare to Pinterest
Labels: C, crazy in the coconut, exercise as therapy, holidays, MS Trust