shall we look at the moon, my little loon?

“Them Bones” – Alice in Chains

I finally watched some highlights from Sonisphere last year that’s been hanging around on my Sky box since last summer. I’d mainly recorded it for the performances by Metallica and Iron Maiden, but was happy to spin through, stopping at any performance or band that caught my eye. Alice in Chains were one such band. I actually saw them performing at Download the other year, and they were pretty good there. Watching on telly though, I obviously had a better chance to assess their performance. Layne Staley died in 2002, but his replacement is actually really very good. Most importantly of all, I suppose, the material is good and this is a great song. “Dirt” itself is a brilliant album that still sounds good today in spite of being released in 1992. Actually, now that I think about it, I don’t think I’ve got any other album by the band… that would be pretty hard to top, but it’s strange that I’ve never really gone looking for any of their other stuff. Anyone know if any of it is any good?

Say what you like about her, but this is a damn fine pop song.

This was my starting point with Plan B and the gateway to “The Defamation of Strickland Banks”. There are better songs on that album, but this is the one that I keep coming back to most often. It just explodes with life and brilliantly brings to life the leary evening that it describes. Not fussed by any of his rap stuff, to be honest, but this record was the perfect storm.

Game of Thrones opening credits / “The Rains of Castamere” – The National

I'm loving the new series, right from the moment the opening credit sequence showed a rebuilt Winterfell with the flayed man sigil.  That probably confirms my geek status, right?  Having these songs in my head is also an excuse to reuse this picture. 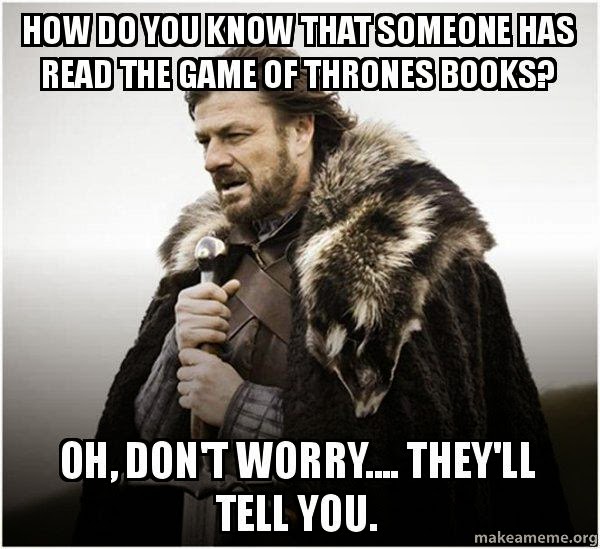 True dat.  Even more so now we're starting to significantly diverge from the books and/or reveal plots that haven't even been written yet.  Exciting, no?

Sadly becoming something of a feature of my life. The new season at choir starts next week, and because this is in the setlist, I’ll be spending many hours over the next few months listening to it and learning my part…. Not that there’s much in the way of a bass part on “Let it Go”. I think that’s why “Frozen Heart” has been tacked onto the beginning: to give me something to sing. Not many Disney Princesses are basses, you know. I might actually watch the film for the first time this weekend. Something to look forward to, eh?

This really, really works. That Nelly song is something of a guilty pleasure anyway, so mashing it up with the Bee Gees and some footage of Travolta dancing is just genius. Check it out, but be warned that this is an atomically powerful, weapons-grade earworm.

I loved “Illinoise” above all for those beautiful, heartfelt ballads: “Casimir Pulaski Day”, where he talks about the death of a friend or “John Wayne Gacy Jr” where he pulls off the trick of managing to empathise with a notorious serial killer. My love of those songs and that album were one of the main reasons why I was so disappointed with “The Age of Adz”, an album I reacted so badly to that, to this day, I still haven’t managed to listen to it all the way though. I find it literally painful and have to turn it off. Stevens' new album, “Carrie & Lowell” is a return to heartfelt, acoustic songs. Inspired by the devastation he felt at the death of his mother, this is a starkly beautiful and haunting record. This song in particular is a heartbreaker: it’s a (imaginary?) conversation between Sufjan and his dead mother, and features the refrain “we’re all going to die” (an echo of the lyric "some say we're born into the grave" in "Them Bones", actually). It’s an emotional punch in the stomach and such a beautiful, beautiful song. Sufjan Stevens is well known for his soaring ambition and love of complex arrangements and grandiose schemes for his music: this is almost the total opposite of that, and it sometimes feels like we’re a voyeur, looking in on his grief.

“Did you get enough love, my little dove? / Why do you cry?"

Have a good weekend, y'all.  Next weekend, WE RUN.