bluffin' with my muffin....

Yesterday, I found myself in the slightly unusual position of being called fat. For a man of my body fat percentage who has spent much of the last six months training for a marathon, this was a somewhat unexpected turn of events. It happened at the interval training session when one of my running buddies grabbed me from behind – you’ll notice that she was finishing the interval behind me – and grappled with my love handles. My muffin top isn’t exactly extensive, but she found it and took great delight in pointing it out to everyone whilst emitting a proper belly laugh. Now what’s this if it’s not body shaming? I refuse to allow this bullying to dent the confidence I have in my beach-ready body. 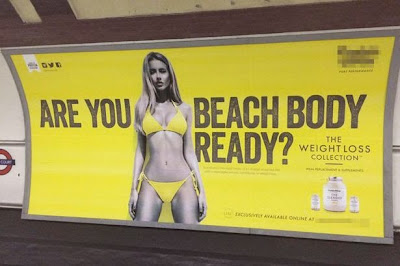 As if this wasn’t enough, she also called me old.
“Don’t take this the wrong way, but even though you’re only a couple of years older than my husband, I think of you much more like I think of my dad”

She wants to run a half marathon with me later in the year AND asked for the details of the job in my team that I’m recruiting for at the moment.

Maybe this is just the way that people from North Derbyshire express their respect and admiration for someone?

The cheeky northern monkey.
Posted by swisslet at 18:41

Email ThisBlogThis!Share to TwitterShare to FacebookShare to Pinterest
Labels: friendship, skinny, we do not talk about running club