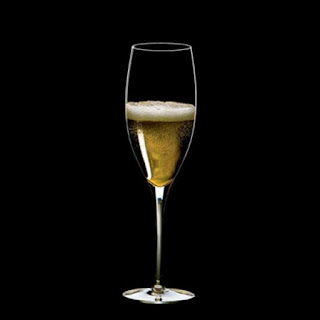 My wife isn’t a big drinker. It’s not that she doesn’t drink, it’s just that she’s quite happy not to drink. When we’re out of an evening, more often than not, she’s more than comfortable to order a cup of tea as everyone else around her sinks deeper into their cups. Our very best friends have long since worked her out: she might not drink much, but she does like to drink champagne. If they want to get her tipsy, all they have to do is to dangle the temptation and leave the rest to her.

We were down in Oxford this weekend, catching up with some friends of ours who are over with their kids for a visit from Adelaide. It was a special occasion, so a bottle of champagne was purchased, and later, some prosecco. It was a splendid evening, but the next morning, my wife had a hangover. As she doesn’t drink much, this sort of thing doesn’t happen to her very often. From the way she was talking about it, you’d think it had never happened to anyone else before either. It was quite sweet, in a way.

She insisted on coming out with me on a five mile run that morning, but was keen to ensure that I knew about all of her various ailments (although, to be fair, she did run all the way around, including up the notorious hill into Headington without stopping, so she wasn’t doing badly, given her parlous condition).

After some careful consideration, she was fairly sure that the hangover was caused by the switch from champagne to prosecco. 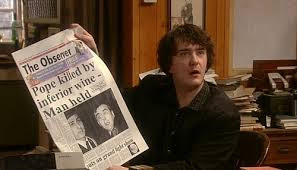 “Pope killed by inferior wine”, she said, displaying an even greater ambition than normal.

I suggested that it might have been that cup of tea she had in that last pub. You can’t be too careful, mixing your drinks like that.