warm wind carried on the sea... 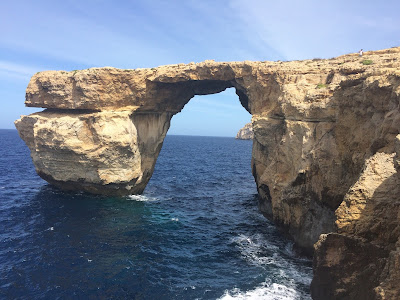 It’s not very often that you go away for a holiday and come back to work feeling as though you’ve had a much longer break than you actually have… so as this is exactly what’s just happened to me, I’m trying to enjoy it whilst it lasts. 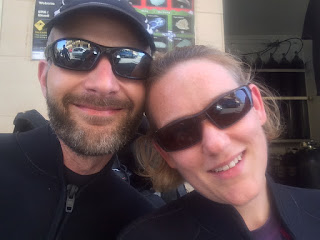 Our break consisted of six days in Gozo, and then back home to spend a few days with a good friend of ours from New York who was passing through on her way back from Africa. In Malta we dived and looked at beautiful churches and some somewhat underwhelming Neolithic dolmen. 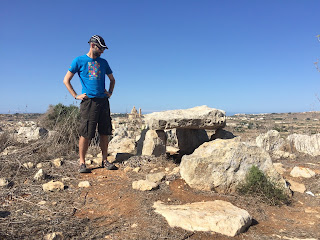 "Can I raise a practical question at this point? Are we going to do 'Stonehenge' tomorrow?"

They like cats here too, and you can see them everywhere.  This one quickly identified us as suckers and claimed possession of a prime slot near our breakfast table every morning. 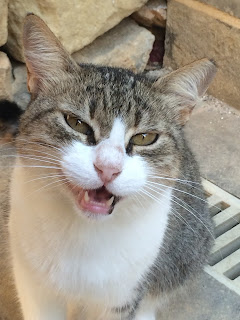 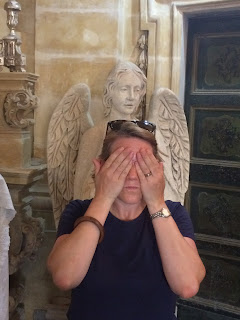 "Don't blink. Blink and you're dead. They are fast. Faster than you can believe. Don't turn your back. Don't look away. And don't blink.  Good luck."

Great views everywhere though.  Beautiful skies, magnificent cliffs and clear, blue seas.  Nice to spend some quality time with my wife for a change, too!  She's alright. 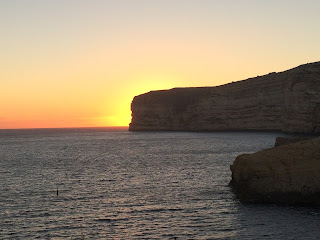 Back in Nottingham, we visited the Major Oak in Sherwood Forest (named after an actual major, would you believe?), stopped by the disappointing castle and visited the Trippe to Jerusalem (the last time we were in New York, our friend took us to McSorleys, the oldest bar in the city, established 1854. The Trippe was founded in 1196 and they started a crusade there, which must have seemed like a great idea in the bar the night before. Marissa was suitably impressed and then we quickly moved on to a better bar with fewer tourists for a drink). 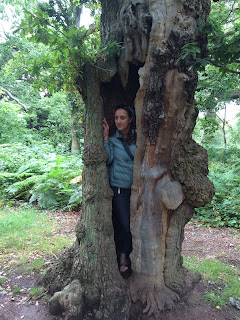 It was fun and great to see her and spend some proper time together.

Although I was only off work for 7 days in total, breaking it into two like that really seemed to make it last. It’s been good news/bad news since then though: the good news was that I didn’t come into work until lunchtime today and that it’s a bank holiday weekend coming up. The bad news was that the reason I was late coming into the office was because I was attending a clinic at the hospital. 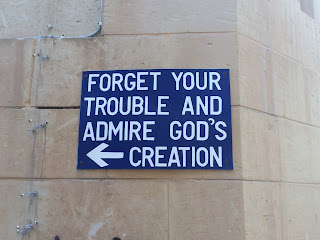 Swings and roundabouts. Ups and downs.  Still, good holibobs.
Posted by swisslet at 22:53