win yourself a cheap tray...

The view from the castle

The salad I had for my lunch today had a lovely sticker on it proclaiming “Tastes of the British Isles”. This prompted me to wonder if the UK really did taste of beetroot, lentil and goat’s cheese. After some thought, I decided that I thought that it maybe tasted a bit of beetroot. 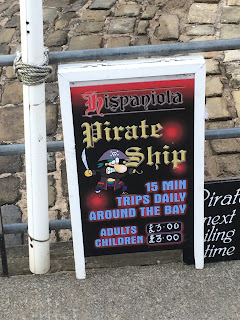 I’ve spent the last four days in Scarborough with the choir, recording a CD to celebrate our fifth birthday. If I had to say what Scarborough tasted like, I would probably say that it tasted of lager, deep-fried food and regret. It’s a funny place; a somewhat faded English seaside town, filled with tatty amusement arcades, grotty looking pubs and people with buckets and spades, determined to sit on the beach, even if that meant huddling behind a windbreaker or hiding in a tent.  Morrissey would love it. 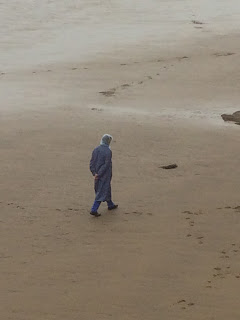 Although there were lots of places to buy fish and chips on the sea-front, every single restaurant seemed to shut by 8pm, with even the pub kitchens closing. As I tend to eat around 9pm and have plenty of options if I want to eat out, this was all a little confusing. If you have your tea at half past five, what do you do with the rest of your evening? 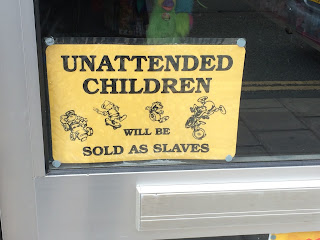 This was on the entrance to a toy shop, obviously.... why would they like children?

I was here on a stag-do only a couple of years ago, but I still can’t really get my head around the place. It certainly involves a lot of walking up and down cliffs that the Victorians have covered with “gardens”, that’s for sure. I must have covered more altitude in a few days then I generally do in a normal month. Obviously, me being me, I made it all a little bit harder by going out for a couple of runs before breakfast: the first was up onto the cliffs away to the south of Scarborough Bay, and the second was in the other direction up the cliffs to the castle: both involved a lot of up and down, although when you’re accustomed to running alongside the Trent, it’s actually really nice to run by the sea. 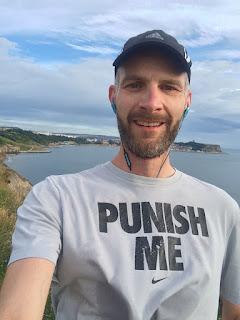 The recording itself took place in the Spa complex on the south side of the town and was great fun. I’ve never done anything remotely like this before, and it was actually really hard work, in a large room with 140 other people, running through around 15 songs and trying to capture the best possible performance. We know the songs reasonably well off the back of 10 weeks of rehearsals and a couple of weeks of performances, but the presence of the sound engineer and the microphones brings about a totally different pressure. I found it exhausting having to concentrate really hard, trying not to make any mistakes and to watch our musical director like a hawk so that I didn’t miss any cues or anything. It was two pretty full days, but was ultimately very rewarding (even before I get to hear the finished product). 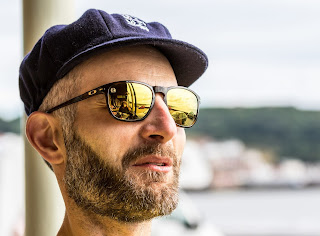 One of Tony's excellent pictures from the weekend

I originally double-booked this weekend: I had tickets to attend the Edgbaston test against the Australians (see hat pictured above), but decided that I’ve been to see the cricket before (and it's the Trent Bridge test this week) and I’ve never made a CD. As it happened, the test was over by Friday afternoon anyway (with England winning).  Perfect!

The CD should be mixed and ready at some point before Christmas, so I guess you know what you’ll be getting from me….

A fantastic few days in great company. This is only my second season in the choir, and I have to say that it’s been great fun: I’ve met loads of people and been pushed out of my comfort zone in lots of ways. Who knows… maybe I’ll dust off my Johnny Cash impression and try for a solo spot after Christmas.

To be honest, it almost doesn’t matter what we sound like on the finished CD because it was a fantastic experience recording it….but I reckon it’s going to be a good one.  With this choir and this musical director, how could it not be?
Posted by swisslet at 21:16