My friend Tony is something of a photography buff, and he took many fantastic photos documenting our time in Scarborough (his wife is in the choir, Tony spent his time wandering around the town taking photos of whatever and whoever took his fancy). Because of his wife’s involvement as a singer, Tony has sort of become the choir’s unofficial photographer, snapping pictures of us as we sing at various concerts.

He took an excellent picture of me at our concert in Bolsover, just at the point in the Motown Medley where the basses and tenors have put on their sunglasses to sing “Heard it Through the Grapevine”. 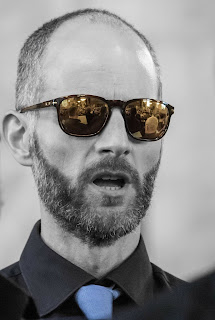 A colleague of mine liked this so much that she bounded up to me when I was next in the office to show me that she had installed it at the background picture on her new phone. In fact, it was the only photo on her phone.

OK. Fair enough, I suppose. Apparently I lasted 24 hours, which with this girl’s attention span is probably something of a miracle. 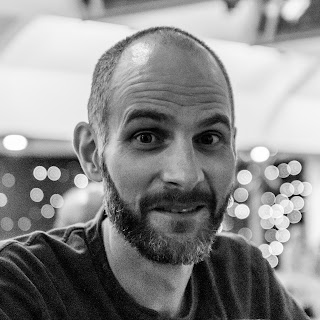 Tony took another great picture of me in Scarborough this weekend, but when I got back to work, this same girl didn’t seem impressed:

Everyone's a critic.
Posted by swisslet at 23:14