puts you there where things are hollow... 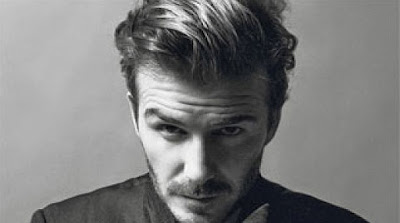 We need to talk about David Beckham.

On our flight back from Austria last week, British Airways had kindly provided us with one of those magazines aimed at the aspirational businessman they imagine their clientele are. In it, there was an article about David Beckham: the man and the brand. It was filled with gushing hyperbole about the supposed genius of a man who is probably earning more now he has retired than he ever earned as a footballer. One brand expert was particularly effusive in his praise, going as far to say that, when he spoke to Beckham for the first time, he was struck by the far-sighted genius of someone who always had a very clear idea of the value of his personal brand and a strategic focus on how he meant to exploit it. Now, with all due respect, surely anyone who has ever heard Beckham speaking will struggle with the idea that he’s a far-sighted, strategic thinking genius….

Don’t get me wrong: I have no beef with David Beckham. He was a very good footballer – not near the same class of player as the likes of Ronaldo or Messi by a long-shot, but someone who worked extremely hard to wring the absolute maximum from the talent he had and was a very decent player in his own right. He played for some of the biggest clubs in the world and won over 100 caps for his country, many as captain. He also seems like a decent guy who genuinely cares for his family and who does a lot of work for charity. But something has happened over the last few years that has seen his public image take off into the stratosphere. Perhaps it was his work on the 2012 Olympic bid that was the tipping point, but David Beckham is now – in most people’s eyes – something of a secular saint; an ambassadorial figure; a role model. Everything he touches and everything he endorses turns to gold.

I’m not buying it.

I don’t doubt that Beckham does a lot of good work for charity and is an all-round nice chap… I just don’t see him as anything much to look up to. I actually had this argument with a friend of mine the other day. She’s a fan, and she decided to take me to task about not being all that bothered about the sainted David Beckham. He was a great England captain. Was he? As well as all those quarter final exits, the thing I remember most about Beckham as captain is that it was always about him. Apparently, his media conferences were so distracting that they were forced to conduct them in a completely separate hotel to the rest of the team. He clearly loved being captain. This isn’t in itself necessarily a bad thing, and I’m not for a moment questioning his commitment to the team, but he always seemed to love the extra attention just a little bit too much, didn't he? Remember when Alex Ferguson kicked a stray boot and it hit Beckham in the face? Do you remember the gratuitous plasters he wore over the cut to draw attention to it and to himself? Remember all those haircuts? The media are certainly complicit in playing the game and providing Beckham the attention he craved, but it wasn’t all down to them and not every player of a similar stature feels the need to draw the media onto themselves in the same way (take Steven Gerrard, for example, or even Wayne Rooney).

He’s a great parent though, yeah? Well, like almost everyone else, I only know what I’ve seen in the media and he does appear to be a doting and attentive father who enjoys spending time with his kids. On the other hand, Brooklyn Beckham. Did he become the face (and also apparently the photographer) of Burberry on the back of his own talent? I hesitate to form an opinion based upon what I’ve seen in the papers, and maybe Brooklyn’s a lovely kid, but it’s not exactly normal is it? Hanging out and shooting the breeze with Rocco Ritchie and all that. Not every famous parent brings their child up in the limelight or allows them that kind of exposure when they’re still so young (Brooklyn is sixteen years old).

I watched a bit of a documentary on Beckham the other week. He's long been associated with a number of children’s charities and is a UNICEF ambassador. The programme followed Beckham in his role with UNICEF, travelling around a number of countries, meeting children and playing a bit of football with them. I don’t doubt that the exposure Beckham brings these charities is priceless and his commitment genuine, but the programme was essentially one long trail for David Beckham, showing him flying around in a private jet, bantering with his team, driving a Land Rover and wearing an assortment of designer clothes and sunglasses. The charity work seemed like an excuse to make an advertorial for David Beckham.

Did you see his ALS Ice Bucket challenge? Perhaps you read about it in Hello Magazine? Beckham has the ice water poured over himself and then nominates Michael Jordan, Magic Johnson and Leonardo di Caprio to take part. Perhaps I’m being unfair, but I can’t help compare this with the videos produced by the likes of Benedict Cumberbatch, who went the extra mile and made the whole thing very funny and personal (and self-deprecating) and ultimately all about the charity, or Sir Patrick Stewart, who carefully gets out an ice bucket, puts some ice in a glass and writes a cheque to the charity as he enjoys a scotch on the rocks. Even Charlie Sheen manages to make an actual $10,000 financial donation out of his ice bucket video… Beckham’s video is about him and about his celebrity pulling power and the charity simply doesn't get a look in.

Maybe I’m just being mean-spirited. I don’t bear any ill-will towards Beckham at all. I don’t resent him for his money or his family or his tattoos or anything (although I did see a guy in the gym a while back with the same crucifix tattoo on his back. Quite why you’d want someone else’s tattoo, I don’t know…). I’m happy that people are inspired by him and want to buy his line of clothes from H&M or his perfumes. But do I see Beckham as an inspiring figure; as one of the greatest living Englishmen; as a branding genius with far-sighted strategic vision; as a shoe-in for the elected president of an imaginary British Republic?

Why would anyone – including David Beckham himself - need or want any of that nonsense projected at them?
Posted by swisslet at 22:41