save it for the break of day... 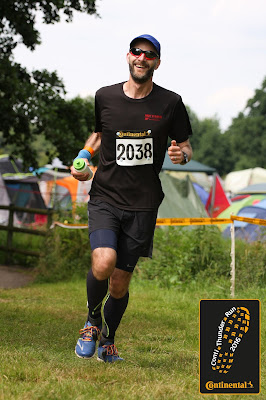 I spent much of last weekend at the Thunder Run, a 24 hour running event in Catton Park in Derbyshire. It’s fairly simple in format: there’s an undulating, off-road 10km course that runs through woodland and some beautiful countryside; the race starts at 12 noon on Saturday and runs until 12 noon on Sunday. The idea is to run as many laps as you can in that time, whether you are running solo, or as part of a team of up to 8 people. I’ve never done anything like this before, so I nervously packed up my tent and head-torch and set off after work on Friday to meet up with my team of 7.

For some people, this event is all about the times you run, but for lots of the thousands of people taking part, it’s more about the times you have. There’s a bar in a red double-decker bus by the finish, for goodness sake! My team was quite mixed in ability, and although we had a loose target of getting 24 laps completed, it really didn’t matter and the most important thing was that we enjoyed ourselves as much as possible. I was mentally prepared beforehand to run 3 or 4 laps on little sleep, but I wasn’t really prepared for how much I enjoyed the whole weekend. Although my team was relatively small, there were about 80 of us from my wider running community in total, and Friday night was very much about having a few drinks and enjoying spending a bit of time with old friends and making some new ones. Many people had brought both kids and dogs, so there was a great atmosphere around the campsite. Of course, with the prospect of all that running looming over us, it wasn’t a particularly late night…. 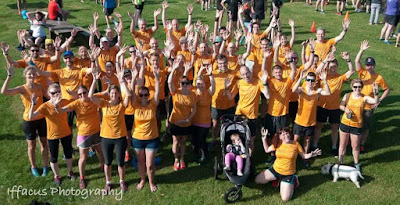 Saturday started with a parkrun. I know that sounds mad when you’re about to start a 24 hour race, but parkrun is very firmly established part of my life now, and popping a couple of miles up the road to Rosliston seemed like the perfect way to get things started. Besides, a winding course through a beautiful forest with over 400 other mentalists (we doubled Rosliston’s previous attendance record and broke all their course records! See if you can spot me in the sea of apricot) was just lovely. 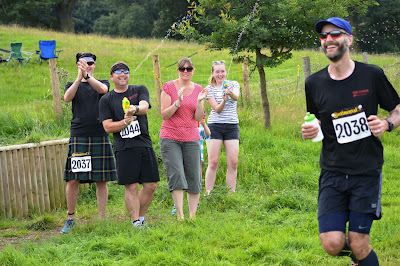 I did four laps: around 2pm when it was sappingly hot; between 2030 and 2130, starting in the light and finishing in the dark as the sun went down; between 4am and 5am, starting in the dark and running into the dawn; and finally our last lap of the event, starting at around 11:15. I managed a bit of sleep between laps (and even a shower), but I experienced things that will stay with me forever.

Here are a few of them:

- Encouraging other runners on the trail as I passed them, and being encouraged by quicker runners who passed me (pretty much everyone made a real fuss of the solo runners, who were easy to spot. The solo runner from my running club, five foot nothing of pure Irish determination managed 9 laps in all, and I passed her three times when I was out running. When I passed her on my fourth lap, she was just past the 5km mark of what would be both our last laps, and she was shuffling along painfully, powered mostly by an iron will not to stop… I had to stop and give her a big hug because she is such an amazing, inspirational person)

- Turning off the flat first km of the course and beginning to climb up a really steep hill through a dark, deciduous wood

- Passing the 5km marker after running up a gentle but apparently unending hill, and knowing that the second half of the course was a little easier

- Telling the Rosliston parkrun volunteers marshalling at the 8km mark how beautiful their parkrun was, every single time I passed them

- Running the last km of my first lap through the campsite and being ambushed by the rest of my team and their kids with water pistols. Bliss

- Returning back to camp after 9pm to find that our camp cook (one of the team’s wives) had saved me some burgers and also made me some fresh campsite crepes. Delicious

- Cresting a hill out of another dark wood and finding myself bursting out into the open just as the dawn was breaking all around me. Magical. That run will stay with me forever

- Mustering a sprint finish for the last half km, leaving the rest of my team, who had kindly joined me for the end of our last lap and the end of the race, trailing in my wake. Maybe a little rude, but I didn’t want to leave anything in the tank…

I loved it. Including the parkrun, I ran 45km over the weekend (a marathon is 42.195km), but this felt different to running a marathon all in one go. I found it physically much harder to run a marathon in one go, with deeper muscle and joint pain… but running in 10km instalments like this with little sleep is differently challenging and requires a similar kind of mental strength. I think running on tired legs, starting your third lap when you know you still have another to go before you are done, takes a special kind of determination and I really kind of enjoyed that. I think they key is to remember to look outside yourself and to think about something other than how much your legs hurt and how tired you are. I tried to remember that it was truly a privilege to run such a beautiful course at such beautiful times of the day. 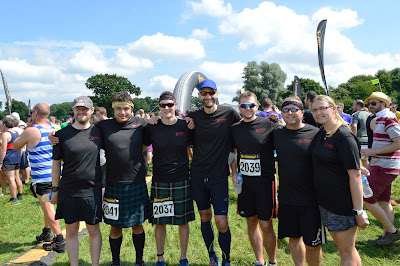 Given that running is usually such an individual sport, I also loved the teamwork; working out when you needed to be in the transition area to do the handover and to take your stint; I loved the camaraderie around the course and within the campsite. Over the years, I’ve learned that runners are generally pretty nice people, and whereas at a normal event, you run and then you go home, this time around we were all in it together. The fastest teams were running more than three laps for every two that my team did, but there is no way of knowing out on the course who has done what and everyone was very much equal. We managed 23 laps in total – we slowed down during the night – and the winning teams in our category (mixed teams of 6-8) were completing 36 laps. The winning solo runner managed 19 laps! Nineteen laps! He ran for 24 hours, averaging just over an hour a lap, without stopping. That’s incredible.

I can’t wait for next year and I hope I’m lucky enough to be invited to join a team again (I like to think I'm a pretty reliable team member).

I’m at the neurologist on Friday for my annual check-up on the progress of my MS. I will enter a waiting room filled with people in wheelchairs and using various mobility aids. I’ve had my issues this year, but I look around that room and I know that I’ve been fit and well enough to run the London Marathon in April and to run 45km over a weekend as part of a 24 hour relay race…. I’m not doing so bad, really. 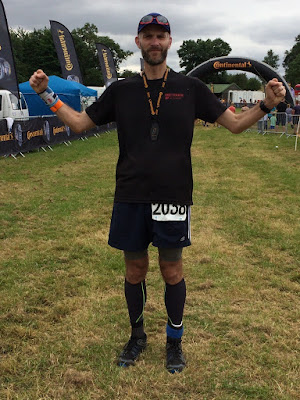 I’m one of the lucky ones. I really believe that.

Email ThisBlogThis!Share to TwitterShare to FacebookShare to Pinterest
Labels: exercise as therapy, more important than that, WTs