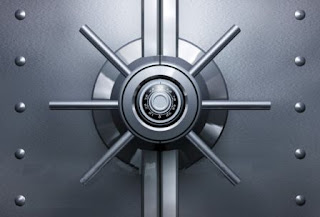 I've got a new phone.  Because I've used iPhones for a while now, the process of moving from one phone to another is usually fairly straightforward: back up the old phone to iTunes, then plug the new one in and restore it from that backup and off you go.

...or it would be, except that this time around, when I plugged the new phone in to load all my settings and apps and music and things from the backup, it told me my backup was encrypted and I'd need to enter the password before I could access it.

Naturally, I googled.  It turns out that at some point in the last year or so, I must have set up an encrypted backup (it's a check-box in iTunes, so easily done).  Why had I done such a thing?  Well, I've no recollection of this, but apparently one might do such a thing because one is security conscious and wanted to backup passwords and health data and suchlike.

I tried some of my old classics.  No joy.
I tried the iPhone access code.  Nothing.
I tried a few combinations of various things.
I tried every old password favourite that I could think of. Nope.

I did some more googling.  Apparently, if you can't remember this password, you're screwed: there's no way of recovering it, and the only option you would have is to start all over again and manually move across everything from one phone to the other.  Not a disaster, but a massive pain.

I tried all the old passwords again.  Nothing doing.

I started using a password vault a few years ago. Initially with a free trial of one thing (Keeper), and eventually with a proper subscription to another service (Dashlane).  This had the immediate effect of making my passwords much more complex (because I didn't have to remember them), but also much less prone to repetition.  Mixes of characters and numbers and upper and lower case letters are much harder to crack, but are also much more difficult to remember.  With a password vault, you only need to remember one password and you are instantly more secure (as long as that password is a good one and you're sensible enough to have two-step authentication set up and TouchID enabled).  I was pretty sure I hadn't saved the password to a vault (I frankly couldn't remember setting up the backup encryption in the first place), but just on the off-chance, I checked the password vaults anyway.....I checked the old one first.  Nah.  Nothing doing and none of the other passwords stored there for other things worked either.  As a port of last resort, I checked the new one.  It almost certainly wouldn't be in here.....

....and there it was.  Filed under "iTunes encryption key".  Obviously.

And yes, I do realise that you always find things in the last place you look.  You know what I mean.
Posted by swisslet at 21:18

Email ThisBlogThis!Share to TwitterShare to FacebookShare to Pinterest
Labels: IT, technology news