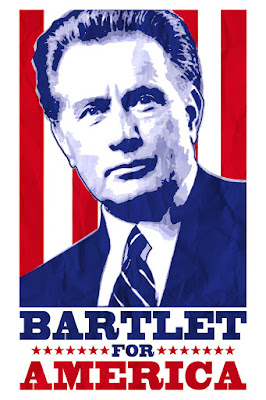 Well, I say “again”, but really it’s another one of those programmes where I’ve watched a few and made a mental note to watch it all, and then never quite got around to it and didn’t want to watch the new series on TV because I was behind… I finally bit the bullet and bought the whole lot on iTunes the other day. Say what you like about Apple, but the convenience of being able to pull down a series like that, episode by episode onto your chosen device is pretty much unbeatable, in my books (if you’ve ever manually ripped a DVD into iTunes, then you’ll understand exactly why.)

It’s such an amazing programme. It’s obviously a preposterous liberal wet-dream, but with the current state of world politics as it is, I find that kind of thing remarkably comforting. Plus, of course, it’s beautifully written and performed. I doubt that President Trump’s staff in the White House would look anything much like this lot… but, then again, has any White House staff ever looked quite like this lot, with their good looks, talent and principles? Doubtful.

Of course, there’s one element of the plot that is resoundingly more significant for me now than it was when I first watched the show: the issue of President Bartlet’s multiple sclerosis. I haven’t really got far enough into the series yet (we’re just starting S2) for it to really have taken off… but already it’s there, waiting to blow up as a central issue: a major health problem that the sitting president has effectively kept totally secret from the public. I find the show’s handling of the disease fascinating (why on earth does Abbey Bartlet feel the need to disclose the MS to the anaesthetist in the hospital? Would anaesthetic work differently with relapsing-remitting MS? Does the incoming president not have to have some kind of medical on taking office, or do we rely entirely on their honesty? Please tell me that we wouldn’t just be taking Trump’s word on this)….but I also find it incredibly moving because it is now directly relevant to my personal experience. I watch Martin Sheen’s Bartlet looking tired and weighed down by his responsibilities, and I watch his wife and his chief-of-staff watching him, wondering if this is something else…. and I find it very moving because it’s so close to home. Well, not the being-leader-of-the-world thing as such… the other stuff.

This is a show that often has me welling up as they shamelessly manipulate my emotions, but now I find myself emotionally connecting with the show in a way that I hadn’t really expected. I expect they’ll get lots of the details wrong, but I’m still looking forward to seeing how sensitively they handle this as the show moves forwards. (No spoilers, thanks).

At its heart, the West Wing was just areally, really good show. It’s impossible not to look at President Bartlet and wonder if someone like that could ever actually get elected: erudite, principled, educated…. there’s one scene in the double-episode that starts the second season where Leo McGarry, trying to convince Bartlet in a flashback scene that he should stand for president, turns to his friend and says, "A good man can't get elected President - I don't believe that.”

I’d love to believe that was true, but my faith is wavering. It was a comforting thought at a time when George W. Bush was in the White House, but it seems like a ridiculous pipe dream now (Let Trump be Trump? The mind boggles)

Or perhaps my impossibly high standards for elected officials and their staff comes from a love of the West Wing. 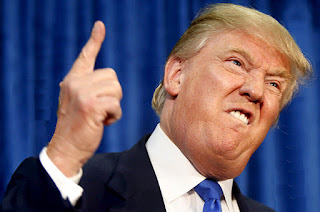 How much Latin do you think Trump knows?
Posted by swisslet at 19:25