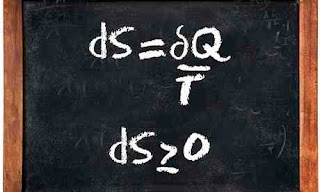 the inevitable heat death of the universe, in equation form

2016 was a year when it seemed easy to believe that at least half the world was batshit crazy.

How else can you possibly explain why Britain would be so keen to apparently make the entirely ridiculous and unjustifiable decision to walk off the cliff and determine that, not only were they hellbent on leaving the EU, but also that they were determined to make it the most painful, damaging exit available? How else do you explain the election of Donald Trump? I understand that Hillary Clinton is a pretty long way from being an ideal candidate, but in a two horse race you honestly thought that Donald Trump was the preferable answer? DONALD TRUMP?

These are both difficult things to understand, especially when you are encased in a lovely, liberal bubble where you surround yourself with people who largely believe the same things that you believe. I have tried to remind myself that, just because someone is on the other side of the debate to me, that doesn’t automatically make them a moron. I debated Brexit long and hard with a few ‘leavers’ before the referendum, and although I thought they were fundamentally wrong (or at the very least, seriously misguided), I never for a moment thought that they were voting with anything other than honest intentions.

We live in an increasingly polarised world, but you can't live your life thinking that people are either with you or against you. It's just not possible and you don't have the luxury of everything being that simple. Life isn't black and white, no matter how hard you might wish that it was.

I’m an atheist who thinks that the belief in an all-powerful Sky Fairy is nonsensical, if not downright delusional. And yet…and yet…. I know enough people who are warm and intelligent human beings who also believe in God to understand that you can’t always put people into neat boxes; that evidently you can believe in something I believe to be ridiculous and also be a perfectly sensible person. That’s life. My dad - a doctor - is also proof positive that a belief in God certainly isn't compatible with a belief in evolution.

Of course, in the main, the belief of these good people in God doesn’t affect me (or anyone else) negatively in any way; their belief makes them happy and that’s wonderful (and sadly, can’t really be said for everyone religious). A vote for Donald Trump or for Brexit is a little more problematic, because these things will have a tangible impact on the lives of others.

I mention all this, not as some kind of half-arsed review of 2016, but because I’ve been watching the BBC documentary on Yellowstone over the last couple of days. Following hard on the heels of Planet Earth II, this is another nature programme in the last few weeks that has laid bare the impact of climate change on the natural world. Of course, there are other sides to this debate, but the evidence of the impact of rising global temperatures is surely now overwhelming, isn’t it? The temperatures in the North Pole this winter have been THIRTY degrees higher than average. Thirty!

You can argue all you like that there isn’t sufficient evidence to definitively conclude that this is a change driven by human agency, but the balance of probabilities would suggest that it almost certainly is (as Richard Dawkins says about belief, just because I can’t definitively prove that there *isn’t* a God, doesn’t mean that it’s 50:50). Any yet, climate change denial seems likely to become US Policy – after all, Donald Trump is on record as saying that he thinks it’s a hoax perpetrated by the Chinese.

I’m struggling to understand this, I really am. It seems intellectually dishonest to continue to trumpet that climate change isn’t real when the empirical evidence is growing every day and we can see the changes with our own eyes. As a historian, I’m well aware that climate has always fluctuated and that (for example) we had a medieval “warm period” when global temperatures were a couple of degrees higher on average…. but frankly, the debate about human agency –ridiculous though it is - is fundamentally irrelevant. Surely the simple fact of the matter is that we need to do something about climate change or risk mass extinctions and global catastrophe. If restricting carbon dioxide emissions will help with that, then what are we arguing about?

...it’s almost as though these people had some form of vested interest in extracting, refining, selling and burning every last bit of carbon energy remaining on this planet.

These guys just honestly believe that climate change isn’t happening and we should respect that as we watch the world burn.
Posted by swisslet at 22:11