The internet is an echo chamber.

I realise I’m not saying anything new here, but it seems that pretty much everything I read now has people commenting underneath it, slinging alternative viewpoints at each other, with neither one listening to the other. I’ve just been reading an article on the bicycle helmets and whether or not they make a cyclist safer. It’s an interesting, balanced article presenting evidence on both sides of the debate. The comments are predictable.

No one is listening to anyone (and, in some cases, aren’t even bothering to read the article they’re commenting on). 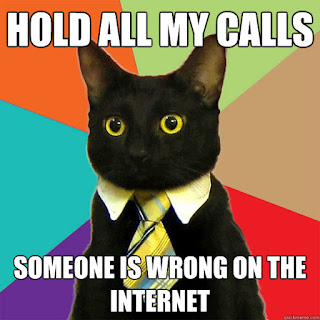 I’m as guilty of this as anyone, and I’m seldom able to walk past something on Facebook when I think I can try and talk some sense into someone using a carefully thought-out, nuanced argument. It never works. Brexit was a bit of an eye-opener when the passion of the debate revealed that my comfortable, self-selecting bubble of like-minded liberals was punctured by some friends who actually believed that leaving the EU would be a good thing. They were wrong, of course, and I tried to talk some sense into them and to question the basis of their beliefs… but I was wasting my breath. Did I listen to any of their arguments? Well, of course not. They didn’t make any sense to me, so why should I? …oh. That’s the problem in a nutshell, isn’t it?

I was listening to an MP talking on the radio yesterday in the aftermath of the attacks on Westminster. He was saying that people seem to forget that MPs from all the different parties may have diametrically opposed views politically, but they spend a lot of time together and often form friendships across party lines. Mhairi Black has spoken about how her Westminster “boyfriend” is the somewhat unlikely figure of Jacob Rees-Mogg. Those guys in my feed who supported Brexit? They're not idiots and they're still my friends.... they just hold a different view to me.

I'm just tired of all the bullshit and all the arguing and all the negative energy.  I can't keep living like this. 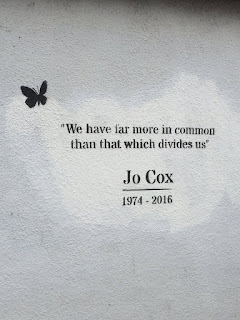 Whether we’re thinking about Trump or Brexit or ISIS or even cycle helmets, it’s helpful to remember, as the murdered MP Jo Cox pointed out, we have far more in common than divides us. Before you despair entirely at the state of the world, or before you roll up your sleeves to wade into a pointless online battle with an anonymous adversary, just remember that. Most people are, I think, basically decent… whatever the internet may lead you to believe.

Not very insightful and definitely a touch sanctimonious, but there you are.  Be the change you want to see in the world, and all that.

Besides, this post gives me an excuse to link to this, undeniably one of the best clips on the whole of the internet.  No arguments: R. Kelly explains Echo.
Posted by swisslet at 19:39