you call this bacon? 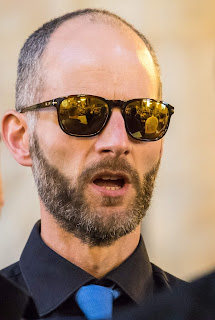 I really enjoy being part of a choir.

Even if I didn’t work towards any performances in front of an actual audience, I still think it would be worthwhile. There’s something pure and therapeutic about just singing for a couple of hours a week, and there’s something wonderful about a choir of human voices coming together in harmony.

…I just wish that some of our songs were a bit better. Or perhaps by “better”, I really mean “a bit cooler”. Don’t get me wrong though: it’s definitely not that I’m too-cool-for-school, and there are very few songs in our repertoire that I actively dislike. In fact, some of the ones that I thought I liked the least have often turned out to be the ones that I have enjoyed singing the most…. it’s just that there’s something downright WRONG about being caught in the office quietly singing "Little Town (Belle's Song)" from the Beauty and the Beast soundtrack to myself as I sit at my desk. I’ve never even seen the Disney animation and I’ve certainly not seen the recent adaptation starring Emma Watson, and yet this has been my number one earworm for several weeks now. My wife actually walked into the kitchen this weekend to find me singing this song along with Alexa as I was cooking.
“Er, What’s this?”
“It’s Emma Watson singing on the Beauty and the Beast soundtrack”
“Why on earth are you playing this?”
“Because choir”
“Ah. I see” [shakes head sadly and walks off]

You know what, I actually quite like it, too.

For the record though, “Wind Beneath My Wings” is not a beautiful, uplifting song… it’s a dirge and a #humblebrag. I have my limits.
Posted by swisslet at 21:42

Email ThisBlogThis!Share to TwitterShare to FacebookShare to Pinterest
Labels: choir