you're slip slidin' away...

At around 1am on Saturday morning, I found myself running around a wooded, hilly trail course in the Derbyshire countryside.  It was pouring with rain and had been for the best part of 12 hours, so the course was a treacherous swamp, with mud burying the many tree roots and stumps that lined the path.  This was my third lap of the 10km course, and I'd had maybe about half an hour of sleep since the night before.  As I ran, I realised that my world had completely collapsed into the narrow beam my head torch was casting around my feet; everything else but what I could see in that little cone of light disappeared.  I was cold, wet and very tired. My balance isn't great, so I was also a little terrified that I was going to take a tumble at almost any moment. 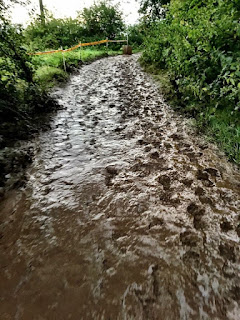 And then it hit me.  I had the dawning realisation that I was actually really enjoying myself.  The conditions might have been awful and the very idea of trying to run under those sort of circumstances might seem utterly ridiculous.... but I felt utterly exhilarated.  Tell me: when do you normally get to experience something like this? 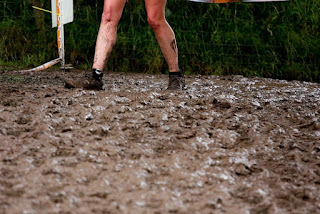 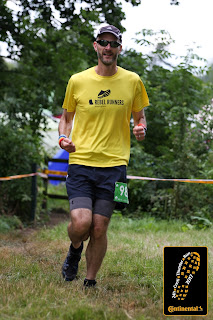 Since my diagnosis with MS, I've run further and faster than I ever would have thought possible.  I've found a wonderful running community, run loads of races and even completed a couple of marathons, with a couple more on the horizon.  Nothing is quite like a 24 hour relay race.  Thunder Run is pretty simple really: in teams from 1-8 people, you simply have to get as many laps of the 10km course done as you can in the 24 hours between midday on Saturday and midday on Sunday. 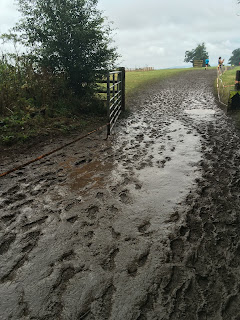 Last year, I managed 4 laps (and a parkrun) in sunny, dry conditions in a team of seven.  It was tough, but it was huge fun camping with my running buddies and to do something so completely new to me.  This year, I was in a smaller team of 5 people and the weather quickly meant that every lap was maybe 10 of the longest kilometres I have ever run.  I thought before we started that I was likely to have to do 5 laps, and prepared accordingly by not pushing myself out to parkrun before we started.  As it turned out, although I had the time to get 5 laps done, my body just said no and I decided that discretion was the wiser course.  Oddly, I actually felt stronger on my fourth lap this year than I did last year, with my legs in much better shape, but the overall fatigue - a combination of the conditions and the lack of sleep - meant that I was much more tired overall and decided there would be nothing gained by flogging myself around again. 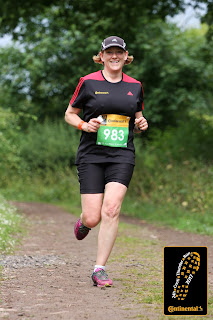 It's an amazing experience; not just the running but to spend that time in camp, laughing with your friends and sharing in the most extraordinary camaraderie between runners on the course (in particular, the awe and respect reserved for the crazy fools who attempt to complete 24 hours on the course solo). 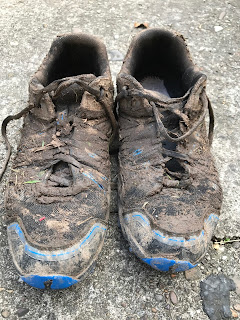 It was bloody hard work this year in the relentless rain and sucking quagmire conditions... but just look at that smile on my wife's face in photos taken on her first lap and on her last lap (her fourth).  Doesn't that tell you everything you need to know? 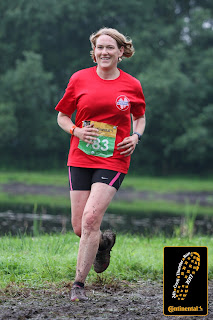 My MS has affected me in lots of ways physically, but it has also unlocked a determination that I didn't know that I had and - in some ways - has enriched my life immeasurably by pushing me out of the door to discover a world I barely knew existed.

How did you spend your weekend?
Posted by swisslet at 20:44

Email ThisBlogThis!Share to TwitterShare to FacebookShare to Pinterest
Labels: exercise as therapy, friendship, more important than that, running, we do not talk about running club, WTs