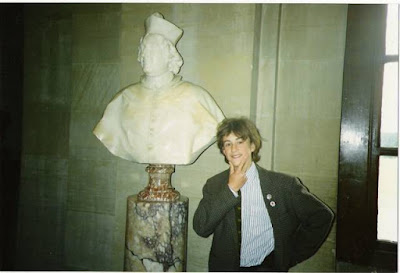 This weekend, I'm off to Cambridge for a stag-do... which will likely consist of drinking, the races at Newmarket (which will mostly be drinking) and then some more drinking in Cambridge.  I'm a 43 year old man and I don't especially like being drunk, so I imagine I'll be able to avoid the peer-group pressure and avoid becoming a shambling mess.  Probably.

I suppose it doesn't really matter as long as I shake off the hangover in time for next week's wedding.

The groom is one of my oldest friends.  I first met him in around 1983 at school, and I've probably spent more time with him since than with almost anyone else in my life, probably including my parents.  He told my wife the other week that, on our first day at a new school together in 1987, I told him that he should stick with me and that I would look after him.  I have no recollection of this and it doesn't really sound like something I would say at a time when I was busy worrying about myself... but it's a lovely memory anyway.

We go back a really long way together.  Thirty-five years! Well, apart from anything else that might have happened in that time, we're both certainly older and have less hair now, anyway. 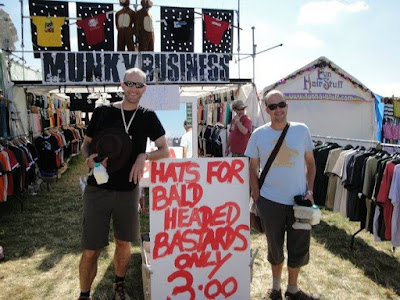 I couldn't be happier that he's getting hitched and I can't wait to see the daft sod tomorrow.

First wedding, too!  Amazing!  That's the emotional damage wrought by a boarding school education for you, eh?
Posted by swisslet at 23:16