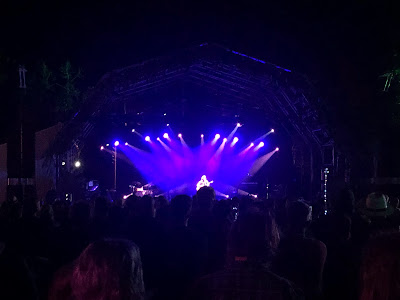 As the ancient Chinese curse apparently has it, “may you live in interesting times”. While sounding superficially like a blessing, of course it’s nothing of the sort. When it really comes down to it, although we all talk a good game about wanting to lead exciting lives, don’t most of us just want to live out our time quietly in uninteresting times of peace and tranquillity? I suppose it all depends upon your definition of “interesting”. Some people like to do sudokus and to watch reality TV. Chacun à son gout, I suppose. Each to their own taste.

Besides, the last five years or so have demonstrated quite nicely that we live in anything but tranquil times. Brexit. Trump. Johnson. Ukraine. Rampant inflation. Fuel poverty. Climate change. Mass migration. Wildfires. Mass extinctions. Police brutality. Race riots. Islamic State. Do I need to go on? Our certainty in the inexorable advance of liberal ideas has been suddenly badly shaken and right to abortion, the right to be gay or non-binary, the right to freedom of expression and even the right to freedom of speech all seem much less certain than they were not so very long ago. And as if all that wasn’t enough, the very foundations of British life were shaken to their core last week by the death of the Queen. Even mourning, it seems, is now a source of controversy.

Perhaps then it is entirely in keeping with these turbulent times that the expression “may you live in interesting times” has no equivalent in Chinese, no Chinese source has ever been produced for its origins and it is mostly likely to have sprung up sometime around the late nineteenth century. Still, a superficially authentic sounding aphorism that is widely known but turns out to be entirely apocryphal seems somehow appropriate, doesn’t it? Still, who fact checks anything these days? It's easy to be angry with the world at the moment, and much harder to take a breath and to see the beauty that is still around us. Amidst all the noise, it’s easy to forget that the majority of people are just like you and me. Decent. Kind.

I was reminded of this at a music festival a couple of weeks ago. Festivals like this are bubbles at the best of times, but End of the Road is perhaps more cosy than most. It takes place in Larmer Tree Gardens in Dorset and is small enough to feel intimate, with stages surrounded by trees and with peacock walking around amongst the crowds. Glastonbury it is not. It’s a comforting thing to be surrounded by people who are a lot like you and probably share a lot of the same opinions, even if only for a long weekend. Just to forget about the troubles of the world for a few days to drink cider in the sunshine and watch some live music.

On the Sunday evening, we made our way to the Garden Stage. As the name suggests, this is a natural amphitheatre surrounded by trees and gardens. It has a relatively small capacity of perhaps two or three thousand people, and when we arrived at about 7pm, it was nowhere near full and the grass around the stage was covered with people just sitting with their friends, quietly drinking wine and waiting for the next act. We sat down on the grass towards the back. After a few minutes, a man perhaps a little older than me made his way into the space just behind us and set up three little chairs, before sitting down in his own chair and settling in for the evening. The next act was a singer called Lucy Dacus, I wasn’t familiar with her music, but she’s an American singer/songwriter and basically performed on her own with an acoustic guitar. It quickly became clear as she drew me in that she was really good, my musical highlight of the festival. At some point, the man sitting behind us was joined by two girls, each maybe about twenty years old, who sat down with him in the other chairs. I didn’t spend a great deal of time thinking about it, and I certainly wasn’t about to turn around and start staring, but I thought that one of the girls was this chap’s daughter, and the other was maybe her girlfriend. As Lucy Dacus played on and I became more absorbed in her music, I realised that her lyrical content was quite intimate and confessional. At one point, she warmly addressed the crowd and asked if any of the audience were gay and here with their partners. From the crowd reaction, it seemed that a lot of people there were (I subsequently learned that Lucy Dacus herself identifies as “queer”). Now, I’m a 48-year-old man and I was at the festival with my wife, but I’d also been wearing rainbow shoelaces on my shoes and rainbow wristbands on my wrists all weekend. I think inclusion is so important and it costs me very little to signal that I’m an ally. I know that I was in a bubble at this festival and maybe even as part of this crowd, but it’s a bubble that made me feel warm and happy in an angry, uncertain world.

As the music continued, the two girls got up from their seats and came to stand just in front of me so that they could get a better view. It was now getting dark, and at one point, they were beautifully framed by the stage lights, gently holding hands and leaning into each other. It was a beautiful sight. I glanced behind me and saw that the man in his seat had seen what I had seen and was taking the opportunity to take a photo of the two girls as they were silhouetted in the stage light, lost in the music and in each other. He caught my eye and we exchanged a smile. What a beautiful thing that this guy was at the festival with his daughter and her girlfriend and that he was gently bursting with pride about this. It was a lovely moment.

The moment stuck in my mind too because of the song that Lucy Dacus was playing. It’s called “Thumbs” and it’s about two people (lovers?) talking about the return of an abusive father. The final verse goes like this:

It’s a powerful lyric, but at the same time, it’s almost impossibly tender. Watching the two girls in front of me together sharing that moment together, and me sharing that moment with the watching father behind me, was wonderful and filled me with renewed hope. When there’s love in the world like that, how can you not feel optimistic? However dark it seems, there’s always a glimmer of light. That was my glimmer.