give me real, don't give me fake 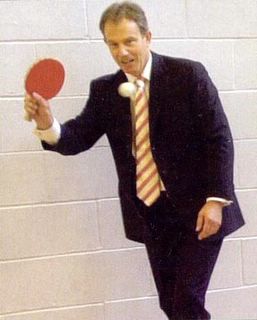 The Labour Party unleashed their manifesto onto the world today. I covered the launch of the Conservative manifesto the other day, so in the interests of balance, I feel I ought to let you all know what the Government are planning for their next term in office.

The Conservative Party manifesto was actually more of a pamphlet than anything else, consisting of 32 rather policy-light pages. By comparison, Blair's "Little Red Book" weighs in at a hefty 112 pages - so by my reckoning the Labour Party have about 80 pages more policies than the Tories, right?

I don't know why they've bothered with so much volume.... all they need to say could be said in less than a page:

"We are the Labour Party. We have been in Government since 1997 and we have made a great deal of changes and reforms since then. We won't bore you with the details. We've also taken the country into an expensive and unjustified war in Iraq that you probably opposed. Get over it. Let's face it: we could do nothing for the next month, let the Conservatives and the Liberal Democrats get on with it on their own, and you'd still return us to power with a comfortable majority on 5th May. Hey Gordon - Let's play...my serve!"

Sadly, that would probably be enough.

Here's a proper analysis of the manifesto, if you're interested.

It's all a bit depressing really, and I can't face it.

(thanks to the marvellous website "Celebrities Playing Table Tennis" for the picture... now there's a concept for a website!)

Update: I'm just back from seeing Rufus Wainwright tonight, and I'll post a review at some point tomorrow, as I'm too tired now and my bed is calling me.... suffice it to say that he was very good, but I don't think his audience gets out very often.... more tomorrow. Nighty-night kids.