how can we dance when our earth is turning?

Heavyweight political commentator though I undoubtedly am, I was still a little surprised today to find an unusual number of people flocking here from AntiWar.com.

A little further investigation revealed that I am being used as a reference for the article "Conflict in the Caucasus: First Battleground in the New Cold War?"

Why? Because I am one of the leading internet resources on Abkhazia, of course -- in this case it is my expertise on the origins of Abkhazia in ancient Colchis, the home of the Golden Fleece. 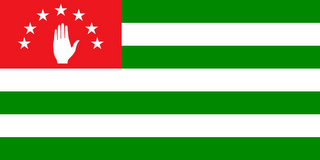 I don't mean to make light of one of the nastiest conflicts in Europe, it's just that I had no idea quite how far an argument in a the pub about which country came first in an alphabetical list was going to take me.

The antiwar.com article itself is actually quite interesting. It highlights the conflicts in Abkhazia and in South Ossetia - both autonomous regions of Georgia struggling for their independence. The ethnic Russians in South Ossetia have been calling for reunification with Russia. Apparently Senator John McCain was over there in August and dipped his oar into the debate:

"I think that the attitude there is best described by what you see by driving in [Tskhinvali]: a very large billboard with a picture of Vladimir Putin on it, which says 'Vladimir Putin Our President.' I do not believe that Vladimir Putin is now, or ever should be, the president of sovereign Georgian soil."

As the article points out, "Is it really the role of a U.S. senator to decide what is and is not 'sovereign Georgian soil'?"

The article goes on to suggest that the real reason for US interest here is an attempt to exclude Russia from the oil bonanza in Central Asia and to claim the region as a viable alternative source of energy to the Middle East. The conclusion is stark:

"What seems like a small, obscure dispute could balloon into a major crisis because of the stakes involved. The rising amount of U.S. aid to Georgia greatly aids Saakashvili's military buildup: his belligerence begs for a stern rebuke, perhaps an aid cutoff. It's time to rein in this would-be Napoleon-of-the-steppes and nip Georgian imperialism in the bud – before it destabilizes what is, after all, a volatile region. If John McCain, George Soros, Anne Applebaum, and the usual neoconservative suspects have their way, Georgia may be the first battleground of a revived Cold War. The problem is that the conflict may turn hot with frightening swiftness."

Whilst I take some of what I read here with a pinch of salt, I still find it staggering how little I knew about this - it's not exactly at the top of the news agenda at the moment, is it?

It's amazing what you can learn in the pub.
Posted by swisslet at 19:27