where the dew drops cry and the cats meow..... 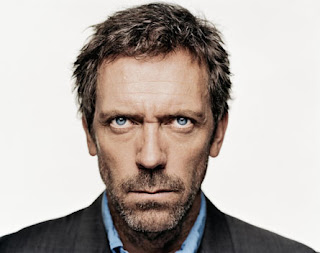 Diagnostic genius Dr Gregory House is able to diagnose multiple sclerosis in about ten seconds flat and have the patient on interferon about five minutes later. Job done.

My neurologist - steadfastly non-fictional - is a world-renowned expert on the subject, and it still took him more than 4 years before he felt able to even tentatively suggest that I should be diagnosed with MS. He was very, very careful to avoid saying that I actually had MS, but made it clear that he felt that I should be diagnosed with MS so that I would qualify under NICE guidelines for the treatment he felt I would benefit from.

To a certain extent, I can understand his reticence: MS is a disease with a thousand faces, it affects everyone differently and can be notoriously difficult to definitively diagnose. It's a heavy label to land on someone unless you are as sure as you can be. On the other hand, this lack of clarity can be very frustrating: when I began injecting myself, I received a letter from my neurologist to show at an airport to explain why I needed to take needles and syringes through customs. The letter explains that I have a "neurological illness". Perhaps it's patient confidentiality, but why so coy? I suppose it's something of a moot point, given that I've started a treatment that will hopefully stop my condition - whatever you want to call it - from getting any worse..... but I want to know. Apart from anything else, if I do have MS, then I have a legal obligation to report my condition to the DVLA so that they can revoke my driving licence and issue me with a temporary one every year. Not only that, but MS qualifies me to claim on my critical illness insurance. The money would not be consolation or compensation by any means, but it would be better than a poke in the eye with a sharp stick. But do I have MS or don't I? I'm not sure I know or if it even matters.

All of the diagnostic tests I've had so far seem to be just a little haphazard: the main test seems to mainly involve walking across a room heel-to-toe, touching my nose and watching the tip of a pen as it's moved slowly from left to right....apparently, that's enough for a skilled neurologist to decide the level of my disability. Even the blood tests and the MRI scans seem to leave lots of room for doubt. Is that a lesion on my brain, or is it a smudge on the negative? Who can say?

The bottom line, I suppose, is that the experts have decided that I have a neurological condition that requires treatment and I have started that treatment. The label you choose to put on that condition is really neither here nor there. Still, that said, when I talked this through with my neurologists, they sighed deeply and decided that I should have some more tests. Specifically, they decided that I should have an evoked potentials test and a lumbar puncture. I don't think they really expect these tests to conclusively tell them anything they don't already know... but they are expecting my insurance company to ask them if they have done them.

So, this Thursday, I will spend my day in hospital having electric currents passed through my body to measure the impedance in my nervous system for a couple of hours, and then I will have a large needle inserted into my spinal cord and have some spinal fluid extracted for analysis. I will then try to lie still for a couple of hours to try and ward off a killer headache. Both tests are expected to reveal nothing conclusive, but will be a tick in the box for the insurance company reviewing my case.

House would have got me sorted in the blink of an eye. It would probably be something to do with some exotic mould growing behind the skirting board in the cupboard under the stairs or something.

Not for the first time, it appears that life is nothing at all like they show on TV.
Posted by swisslet at 19:47