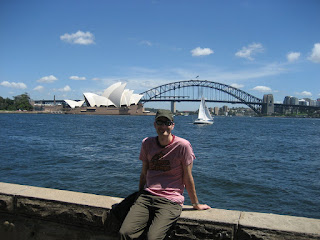 When I first visited Sydney, in 2004, I was initially distinctly underwhelmed. Upon arrival, we dropped our bags at the hotel and headed straight down to Circular Key. We'd just spent some seven days in the Red Centre, so we were quite keen to get to the heart of the metropolis as quickly as possible. I can quite clearly remember standing in front of the Opera House and the Harbour Bridge, one of the most famous viewpoints in the world, and thinking "Is this it?". It's a scene that pretty much everyone must have seen hundreds of times; it's a scene that we're supposed to gasp at and immediately recognise as one of the most beautiful city views in the world. The bridge is nice enough, I suppose... although even a nice bridge is still just a bridge right? But to my eyes, the Opera House looked a little grubby and the tiles were far more textured than the pristine white sheen of my imagination. 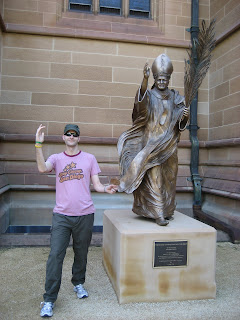 It took a couple of days before the city began to get under my skin. I went running early one morning down through Hyde Park and into the Botanical Gardens. The flying foxes were chattering noisily in the trees as they returned to roost and the spider webs were glistening with dew, highlighting them nicely so I didn't run into any of the massive - and no doubt deadly poisonous - spiders perched on them. I ran down as far as Mrs Macquarie's Chair, and as I looked back out across the harbour in the glorious early morning sunshine, I realised that Sydney wasn't so bad after all. Later on, walking down to Darling Harbour, I watched the office workers spilling off the ferries on their way to the office. They were mostly wearing short-sleeved shirts and sunglasses, and they were clutching cups of coffee and fresh squeezed juices. Just behind me in the harbour I couldn't help but notice a large IBM building. It all seemed like a far cry from the lifestyle we have in Britain and I found myself thinking that I could quite happily work in Australia for a while. I could work in that IBM building. 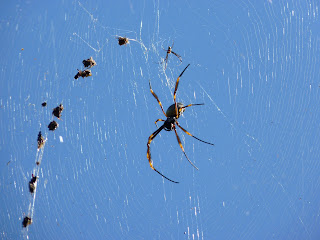 Fast forward six years and a couple of years working for IBM - albeit sadly in Nottingham rather than in Sydney - and I find myself back in Circular Key. Yup, it still looks pretty good to me. Hong Kong was nice, but the moment we step off the plane and into the warm fug of an Australian summer evening, it's fantastic to be here again. There's something about the wall-to-wall skies and the wide-open spaces that makes this such a nice place to be. 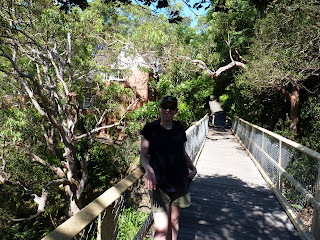 We don't really do all that much, to be honest: we wander around the harbour and the Rocks; we go running through the parks again; we drink long black coffees and freshly squeezed juices; we wander around Kings Cross and Paddington; we coo at the possums in Hyde Park; we go swimming in the salt-water outdoor Andrew "Boy" Charlton pool on the waterfront; we walk the 10km bush trail in Manley before having huge steaks in Ribs and Rumps overlooking the beach.... we don't do anything much, but it's a brilliant three days. 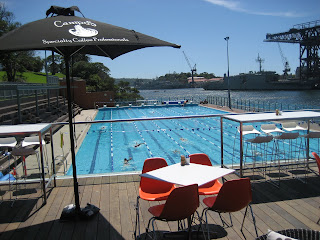 Nice town. It's no West Bridgford, but you can't have everything.
Posted by swisslet at 01:56