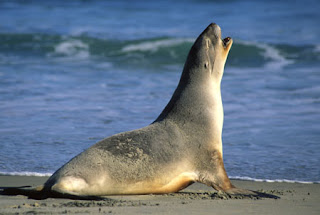 Apologies for the lack of updates, but we're now safely in New Zealand and adjusting to the rather sudden change in climate from tropical Queensland. All those clothes that I have spent the last month lugging around Australia wondering why I bothered to pack them.....it looks as though I'm going to spend the next month wearing them.

Anyway.  We might be the only people travelling around New Zealand in an unpowered campervan, but - as I'm sure you've heard - it is an absolutely stunning country.  We've spent the last few days travelling down from Christchurch and taking in sights like the Banks Peninsular, Lake Tekapo, Aoraki/Mount Cook (well, the weather put paid to us seeing much of that), Oamaru, Otago and Dunedin.  Later on today we're heading on across to Te Anau and will be checking out Doubtful Sound tomorrow and kayaking Milford Sound on Monday.

I'll stick some photos up when I get a decent connection, but rest assured that we're having a fantastic time and seeing lots of cool stuff.  We spent yesterday on the Otago Peninsular gazing at Royal Albatross soaring on their 3m wingspan, marvelling at a colony of Fur Seals with their pups, standing on a beach about 2m away from group of 400kg male Hooker Sealions and watching some very rare Yellow Eyed Penguins coming home for the night.  I've had worse days.

Photos in due course.
Posted by swisslet at 20:10