is this a test? 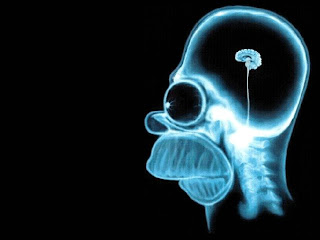 On my last visit to the MS Nurses, sometime at the back-end of last year, I mentioned - almost as an afterthought - that I was mildly concerned about my short-term memory.  Once or twice over the preceeding couple of months, there had been the odd occasion when I couldn't remember something simple, like somebody's name or a band name or something like that; things that I felt I should really have been able to recall without much trouble.  It wasn't something that was happening to me every day, so I wouldn't say that I was massively worried.... Under different circumstances, perhaps I would simply write it off as being one of those things that happens to us all as we get older.  But I've got MS, and I know that MS is perfectly capable of affecting cognition.  It's bad enough that this thing is affecting my physical condition, but if it was going to start to affect my mental processes too, then that's a wholly different kettle of fish.  So I mentioned it.

The next thing I know, I have an appointment to go and see a neuropsychologist.  The appointment was necessarily delayed by our trip to the southern hemisphere, but once the ash cloud cleared enough to allow us to fly back from San Francisco, I was able to make the trip to the Queens Medical Centre in Nottingham for my initial consultation.

I basically had no idea what to expect.  Three months away from the office enjoying myself in some of the most beautiful parts of the world had meant that I hadn't really had occasion to worry too much about what may or may not be happening to the workings of my brain.  In the event, C. and I had a short consultation with the assistant neuropsychologist about what had been worrying me.  As is my habit, I played it all down, and so C. made sure that my lapses of memory, my apparent indecision over the simplest of things and my habit of mumbling indistinctly were all brought out onto the table.  Am I indecisive?  Only over things where I don't care much what the outcome is.  Do I mumble? Well, I rather thought that C. needed her ears testing.  Do I have lapses of memory?  Not that I can recall....  Anyway, the doctor wrote all of this down and suggested that the next stage was for me to carry out some tests that would help to determine how well my brain and memory were performing against the norm for people of my age and to act as a baseline for future assessments of my brain.

I watched a programme a few months ago about young geniuses.  It was a follow-up to a programme made a few years before, and was revisiting these brilliant young kids as they went through adolescence.   We saw one smug, nauseating little brat, homeschooled by his Oxford don parents, receiving the results of his IQ test.  He'd got a perfect score, and was preening.  Cut to another kid, one more troubled and having difficulty at school, receiving the same perfect score.
"Yes, but what does a perfect score in an imperfect frame really mean?"
Now that kid's really clever.
Was I going to learn anything by being tested?  There was only one way to find out. 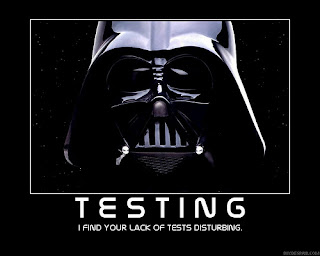 So for the next two hours I was put through the wringer, often against a stopwatch and some unknown benchmark.  I was asked to answer a few questions ("Name a British Prime minister from the Second World War" "Neville Chamberlain"); I was asked to identify pictures of things like kangaroos, hats, a hijab (what does it really say about my brain if I couldn't recall what that was called, or if I plain didn't know?); I had to copy a complex shape onto a piece of blank paper, and then at thirty minute intervals was asked to redraw as much of it as I could from memory; I was told stories and then asked to repeat them in as much detail as I could remember ("Joe Thompson from Liverpool was getting ready to go out when the programme he was watching was interrupted by a severe weather warning....."); I was then asked to repeat those stories in as much detail as I could an hour later; I was asked to repeat and predict sequences of shapes; I memorised strings of numbers and repeated them both backwards and forwards; I had to identify the colours of a page of dots; I had to read out a list of colours; I had to list the colours of words on a page, when the words themselves were different colours..... all pretty standard, I think.

It's MS Awareness Week 2010, incidentally.  I'm hoping that most of you guys know a bit about MS by now, but go check it out anyway.
Posted by swisslet at 16:55

Email ThisBlogThis!Share to TwitterShare to FacebookShare to Pinterest
Labels: crazy in the coconut, WTs