you always mistook fists for flowers.... 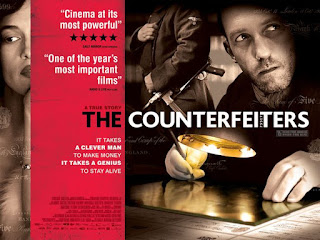 I had a dream last night that Britain was slowly becoming a fascist state; that we were under the spell of a government that was slowly stripping us of our rights and our liberties; that nobody stood up to say anything until it was too late and people were being marched off to death camps.

It's not too hard to work out where this came from: the three things I watched on TV before I went to bed.  The first was a news item about how the coalition government was planning to sell off Britain's national forests.  Apparently, more than 150,000 hectares of forest and other land owned by the state in England is likely to be sold within three years. Such a sale might raise £250m or thereabouts, but would put the continued survival of some of our ancient woodland under real threat from developers.  The government are apparently hoping that charities and volunteers will be able to take up the slack left when the Forestry Commission stops working on land no longer owned by the state.  It's a disastrous act of vandalism by a government who will apparently spare the highest earners and big business from tax rises whilst looking to rape our country's heritage and those who can least afford it.

That news was followed by a viewing of "The Counterfeiters". As wikipedia says, "It fictionalizes Operation Bernhard, a secret plan by the Nazis during the Second World War to destabilize Great Britain by flooding its economy with forged Bank of England bank notes. The film centres on a Jewish counterfeiter, Salomon 'Sally' Sorowitsch, who is coerced into assisting the Nazi operation at the Sachsenhausen concentration camp."  Much of the drama centres around the desire of the prisoners to stay alive whilst also wanting to sabotage the Nazis as much as they dare.  As one character says to Sorowitsch, it is the failure of people like them to risk their own lives by taking a stand against the Nazis that led ultimately led Germany to the death camps.  As always, it still shocks to see the brutality and inhumanity of a concentration camp displayed on the screen, even in fiction.  How can people treat other people like that?  How can so many people be so complicit to such an atrocity?

C. told me the story today of how she once visited Buchenwald with a family of Germans, including an 85 year-old woman who had lived in Weimar during the war.  In spite of the fact that the camp was built on a hill above the town, and was dominated by the massive chimney of the furnaces that incinerated the corpses of more than 50,000 people during the war, and more than 250,000 people in all passed through the camp, this old lady wandered around the remains of the camp murmuring that "we just didn't know".  They almost certainly did know, but did nothing.  How hard is that to come to terms with?

In a way, I understand: as the Nazi's gained influence, it was probably the most natural thing in the world to shrug your shoulders and, as they rose to power, to join the party and just get on with your life.  Who was to know what they were to become or what they would be capable of?  It's easy to be wise after the event, but if you were a clerk at the railway station, is it out of the question to imagine that you might be the one sorting out the suitcases and shoes of the people passing through on their way to the camps?  It's not as though you were the one killing them, is it?

All of these things came to mind as I watched "The Counterfeiters", and the ten minutes or so of "V for Vendetta" probably helped seal these thoughts in my head before I went to bed.  Is it any wonder I dreamed dark dreams?

I'm not seriously suggesting (even if my subconscious mind definitely is) that David Cameron is in any way comparable to Hitler or that England is on the verge of slipping into the clutches of a totalitarian regime..... but I feel as though I've had a fleeting insight into how these things can start.  They don't seem like much of a threat when they're elected, but before you know where you are, you've lost things you can never get back.  It might only be removing disability benefits and the funding for higher education, the slashing back of the NHS or the sale of our national forests today, but what will it be tomorrow?
Posted by swisslet at 19:58