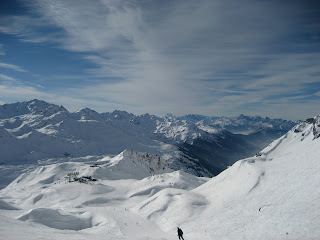 At this time of the week, I would trouble you with my earworms, but as that list would include "Agadoo", then it's probably best that I keep this particular list to myself......

Anyway, I've got packing to do.  When I left work this afternoon, that was it for a whole week as, at a little after 4am tomorrow morning, we leave to go skiing in La Tania in France.  I'm going to try to ignore the fact that when I left work before my skiing holiday almost exactly twelve months ago, it was the start of a nine month sabbatical that saw us travelling around the world. 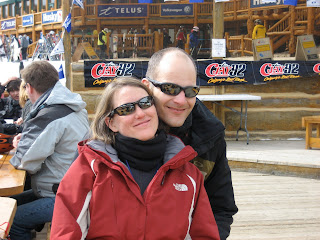 Still, after four months back at work (which have actually been surprisingly good), it feels like high time I had a week off.  So, the cat's been dropped off at the cat hotel and the house is feeling pretty empty this evening.... C's gone to the gym to squeeze in one more pole dancing class before we head off for a week's worth of fairly intensive exercise....

I've even got a new skiing jacket this year, so you won't have to look at photos that could have been taken on any of my skiing holidays in the last five or six years.  Well, they will, in that they will include me and C on skis and a series of snowy mountains.... but at least my coat will look different. 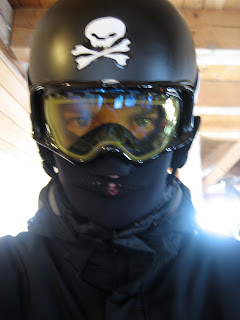 I may still look like a Power Ranger though.

Now, if you'll excuse me, we have a DVD player in the chalet this year, so I need to make my selections.  "Anchorman" and what else?