I've spent the last day or so in Bournemouth with work.  As chance would have it, the hotel we were staying at was hosting a pub quiz whilst we were there.  Naturally, we took the opportunity to enter a team.  Suffice it to say that it was not a patch on the LeftLion Quiz at the Golden Fleece that we usually attend, but it passed the time painlessly enough in an edge of town hotel near the hospital.

My favourite part was when the two girls running the quiz read out the results:

We hadn't really expected to win, so this was a bonus.  I was quickly dispatched up to the quizmasters, where I was joined by another guy from a team sat around the corner.  Much to the consternation of both of our teams, who all seemed to know which TV show featured a character called Nessa, we needed to be asked another tie-breaker.  It took a while for them to think up another question, and when we suggested that we just split the prize, we were met with a rather confused look and were told "we can't do that".  Fair enough.  After a few minutes, our quizmasters broke up their huddle and came back to the microphone with another tie-breaker question.  To be honest, I was expecting a "closest to the bull" kind of question, but we were instead asked: "Can you name the member of Boyzone who died?".  As it happens, I could.  The other chap shook me by the hand and confessed that he wasn't all that ashamed not to know the answer, and walked off empty-handed as I collected a voucher for £20 that can only be spent in that hotel bar on a tuesday night and must be used before the beginning of September.

If we came second on a tie-break, doesn't that mean that his team actually came third and that the bottle of house wine - the 3rd prize - has been given to the team that finished fourth?

I mentioned this to our hosts: did they not think it was odd and more than a little unfair that the team who finished fourth were given a prize when the team who actually finished third went away with nothing?

"It was a tie-breaker.  That's how it works"

Ah, I see.  Well thanks for clearing that up then.  The winners, meanwhile, made off with a similarly specific voucher for £50 that we would equally have been unlikely to be able to do anything with.  That bottle of wine was looking like an increasingly pretty handy prize.....

The guys I was with, incidentally, now think that I am some kind of a genius because I knew that it was Mick Jagger who starred in the 1970 film "Ned Kelly".  Well, if I am, it's certainly not because I know that.  I was much prouder of last week's answer to the question "In which TV show was the love interest called Winnie Cooper". 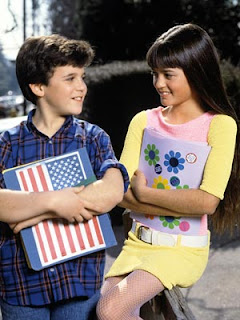 Now that's an answer to be proud of.
Posted by swisslet at 23:34

Email ThisBlogThis!Share to TwitterShare to FacebookShare to Pinterest
Labels: my brilliant career, stuff