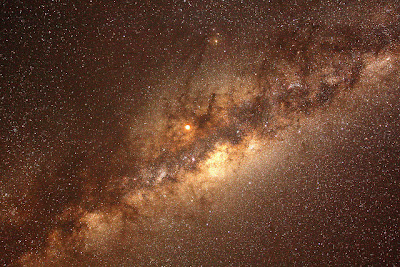 It was a beautiful night.

David gazed up into the cold, clear night and it felt to him that he could almost see the turns and swirls of the Milky Way as it danced across the sky. Mars and Venus seemed almost to be holding hands in the night sky, and above the orange glow of the city, through the glare, the whole universe seemed to be beckoning to David; reaching out to him; imploring him. He sighed and turned his attention again to the rather more mundane matter of making his way back home.

Space had been calling out to David now for nearly thirty years; nearly as long as he could remember. His mother had always said that he had always been a child with his head in the clouds, but really he’d been floating free much higher up than that, far above the Newtonian constraints of the atmosphere in the endless, airless freedom of space. Space: hundreds of thousands of miles away, but still close enough for David to touch every time it was dark enough and clear enough to see the stars. Even in daylight, the nearest star in the sky shone brightly down on everything. Light-years away in the cold, desolate edges of our solar system and yet still close enough to bring us warmth and life.

Humanity has been worshipping the Sun since time began: the solar barge, bringer of life. We like to think we’re above that sort of thing now, but David was observant enough to know that our ritual baring of skin to the sky at the first signs of a warm day showed that we are far closer to our Neolithic forebears than we might care to admit.

Man had taking that small step onto the surface of the Moon well before David was born, and the Challengers and Discoveries of the shuttle programme had come on gone within his own memory, but the lure of space to David somehow went beyond the mundane reality of mankind’s feeble scrambling. His mother told him over and over that it was scientists who made it into space, not dreamers. David understood, even from childhood, that this couldn’t be further from the truth. Besides, David knew what the wisest philosophers have always known: you don’t need a spaceship to travel through space. If you concentrate hard enough and want it badly enough, anyone can project themselves far beyond mankind’s furthest explorations into the solar system and on, further, into the galaxy and out into the wide, endless reaches of deep space.

In the deepest reaches of space, no one bothers you or pushes you around. There’s no one to mock you, no one to hurt you. In space, you can be alone with your thoughts. Perhaps no one can hear you scream. But what, thought David wistfully, would be so bad about that?
Posted by swisslet at 19:36