the patience of angels... 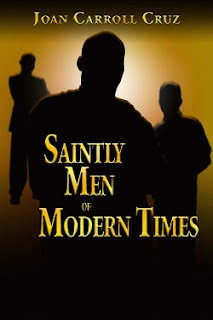 I'm aware that I might sometimes seem excessively stoical about my MS.  It's certainly true that I've been relatively lightly affected to date and that plenty of other people are far, far worse off than me.  I know this because I see some of these people every time I attend an MS clinic, and I read about them almost every time I read an MS-themed blog.  I know this to be true, but I'd hate anyone to think that this means I am in a state of zen-like calm about my condition.

I hate the fact that I can't feel my feet properly, that my big toes seem to be perpetually numb and that the muscles in my leg feel all weird; that my hands are affected by pins and needles to the degree that I'm losing the ability to do detailed little things like the top button of a shirt; that my shoulders are getting weaker and I have all the upper-body strength of a small, enfeebled child; I wonder if every time I forget something if it's a neurological symptom; I hate the blurry vision I sometimes get in my right eye when it steadfastly refuses to adjust to a change in light conditions; I hate the awful lassitude and fatigue I feel when I just suddenly "bonk" and have no energy left and have no options but to just go to bed, whatever the time of day.  I don't really like the fact that I have to give myself injections every week with a massive needle that hurts more or less every time I stick it into my thigh.... and let's not even get started on the impact that my diagnosis has on things like my ability to get travel insurance, on my driving licence and on my ability to spontaneously just get away from it all without proper planning and, most likely, a doctor's note.

Yeah.  MS is a right pain in the arse.

....but the thing is, it is all relative.  It was a bit of a bind to get a doctor's sign-off that I was okay to go diving in Lanzarote next week, but when he did the necessary, he wrote that I had MS, but that my condition was "stable and well-managed".  And you know what?  It is too.  For such an unpredictable condition, I really have been lucky so far.  I had dinner with my little brother last week.  He was in town for a conference and I took him out for a curry.  Over dinner, he told me how he felt a bit of a fraud when he turned up meetings of his local branch of his MS Society.  So much so, in fact, that he stopped going.  Lots of other people there were in wheelchairs, and they looked at him and saw nothing wrong.  He was actually asked what his connection with MS was.  Did he know someone with the disease?  It's funny that the very people who ought to know the most about the condition apparently knew so little, but it proved to me again that it's all relative.  My younger brother may not show many outward signs of the condition, but he was diagnosed a few years after me and has already had at least two relapses and has been hospitalised and on steroids; he has so little sensitivity in his hands that he has to use a special keyboard and mouse - which as a web developer is something of an inconvenience, I'm sure.  On the other hand, I have never been hospitalised by my MS symptoms and even cannot honestly say that I've even had a distinct relapse since my symptoms first appeared in 2005.  It's all just ebbs and flows around the same basic theme.  And he's worried about seeming a fraud.

So yeah.  MS is a bind and I wish I didn't have to put up with it and its manifold indignities and inconveniences.... but it really could be worse, you know.  It really could.  I was going to moan about how hard my last couple of runs have been, how numb my feet and how heavy my legs, but even typing that thought up makes me feel like a pathetic whiner.  Oh poor me, slogging my way around a four-and-a-half mile run!  When some people can't walk without a stick and many can't walk at all because of their MS, that's a pretty nice problem to have, huh?

It's shit, but it could be worse.

That's pretty much a seven word summation of the human experience, isn't it?
Posted by swisslet at 21:12