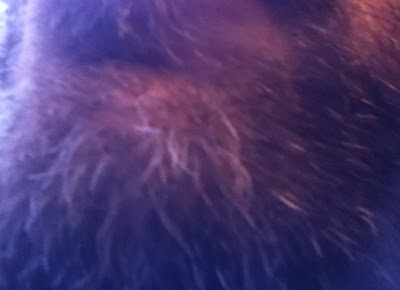 I'm ambivalent about this beard.

I managed to survive twelve months with it throughout 2012, but for some reason I'm finding it harder to live with this time around.  I grew it after we got back from Glastonbury, partly by an accident of not shaving and partly to hide the sunken cheeks that are making me look as though I'm ill.  It's a touch longer this time around, but otherwise pretty much the same as before.  And yet I keep thinking I want to shave it off.

So why not just shave it off and be done with it?

Well, it's not quite as simple as that.  For one thing, the sunken cheeks that I'm trying to cover are still there.  And, well.... people keep telling me I shouldn't shave it off.  Female people.  I had a reasonable background level of coverage envy and beard fascination from men last time around, so I was expecting that.  This.... this is new.  I don't think I'm a vain man, but even I'm not dim enough not to take a hint if it is repeated often enough.

It started with my wife: no sooner had I grown the beard back than C. was telling me how much it suited me.  Why she didn't tell me this before I shaved it off in December, I don't know.  I'd spent most of the year assuming she was simply tolerating it.  Still, better late than never.  Then Sarah told me that the beard was "a good look" for me.  Just this week, one of my running buddies told me, out of nowhere, that she wasn't sure if the beard made me look older or younger - at the grand old age of 24, I'm just old to her full stop - but that I definitely looked better with it than without it.  I even went to the barber the other day, and apparently I'm not safe there, either.  I wanted a long overdue trim, but asked the lady cutting my hair to leave the beard alone as I preferred to trim it at home.  When I went to pay, we got to chatting about my beard for some reason.  Yes, since you ask, I will definitely be giving it some attention as soon as I get home.
She looked concerned, as if she had detected something in my tone.
"You won't be getting rid of it entirely, will you?"
A colleague of hers, who also sometimes cuts my hair but was waiting around with foil in her hair, chipped in too.
"You shouldn't.  You definitely shouldn't.  My husband can't grow a beard like that...."

What?  Why all the sudden interest in my beard?  I'm not complaining, exactly, but I'd quite like to understand why.  Why? 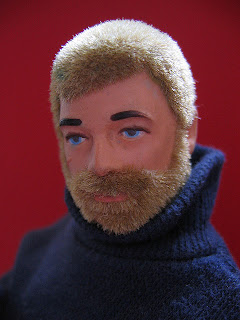