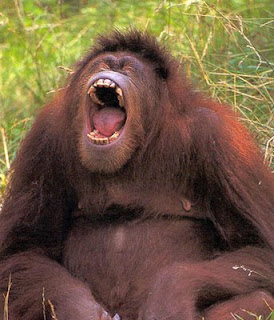 When I was a boy, I used to be a real early bird.  I'd frequently be the first person up in our house, and I'd spend the time quietly reading a book.  I loved to read, and in fact, I would usually fall asleep at the other end of the day with a book in my hand.  I still love to read, but somewhere along the way, the love of early mornings disappeared.

I was hardly unique as a teenager in spending most of the morning in bed whenever I could, but a pattern was set: I like to potter about doing nothing much until around midnight, and then I like to sleep for as long as I possibly can.  Of course, just as school used to harsh my lie-in buzz when I was a teenager, it's now work that tends to drag my sorry arse out of bed at around half past seven in the morning.

As I've got older and perhaps as my MS has reared it's ugly head, I tend to feel fatigue cumulatively: if I have a particularly busy week, then I really need to spend a few extra hours in bed over the weekend or I will pay a price in the form of an energy crash over the next few days.  I need to put some time into the bank, some money into the meter, some spoons into the drawer.... you get the picture.

My normal working pattern has been somewhat disrupted this week.  There's the cycling, of course, but in addition to that, I'm also working some strange hours.  I'm usually in the office from around 08:15 to about 18:00.  Because of a particular piece of work I'm doing at the moment, I've been forced to adjust my working hours to spend as much time as I can with a colleague who works 06:30 to 14:00.  Instead of getting up at around 07:00, I've been struggling out of bed at 05:45 and getting my gear together for the cycle to work.

Actually, the getting up is the hardest part of the whole thing. Once I'm out on my bike, I'm fine.  At the moment, at this time of day, it's dark when I start my commute and light by the time I arrive at the office.  It's pretty quiet and getting the blood pumping like this is a decent way to start the day.  I'm also quite enjoying those first few hours in the office when there's almost nobody else around and we can just make some coffee and get on with our work.

When Matt leaves the office at 14:00, I go back to my own desk and attend some meetings and deal with emails and things like that, not leaving until probably after 16:00.  It's a long day, and certainly one that I'm not used to working.  By about 15:00, I find that my brain stops working properly and I have this odd light-headed feeling and an ache around my neck and shoulders.... that's when my body is telling me that it's had enough.  This time last year, even during my normal working day, I was finding that my eyes were drooping terribly between about half two and half three.  This might have been due to the incredibly tedious meetings I was attending in overheated rooms, but I've since pretty much stopped drinking during the week, and that seems to have made me generally clearer eyed... even if I was only having the odd pint of a night, it really seems to have helped cutting that out.

Still, when I've been in the office since 06:30, it doesn't seem too unreasonable to shove off not long after 16:00.  They've more than had their pound of flesh by then, eh? 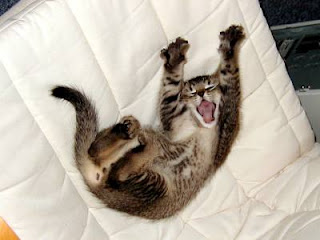 The ride home blows away most of the cobwebs, especially if it's raining, and by the time I've showered and made a cup of tea, I'm feeling set for the rest of the evening... although, to be fair, it's probably not as taxing playing Tomb Raider as it is trying to contribute intelligently to a meeting.

Anyway.  I do miss my later evenings, as by about 22:00, I'm absolutely beat and looking to hit the hay.  I do like to sleep, so that's okay too...although this worked less well for me last night when my wife bowled back in from her salsa class at about midnight and clanked about on the wooden floors with her dancing shoes on....

Yeah.  So, I have a feeling that I'm going to want to spend some quality time on Saturday morning asleep in my bed with no need to be anywhere.  That would be good.  Well, at least until I get up to go for a run, anyway.

Email ThisBlogThis!Share to TwitterShare to FacebookShare to Pinterest
Labels: crazy in the coconut, exercise as therapy, sleep, work, WTs