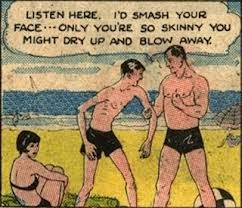 Two young guys, perhaps in their early twenties, were in the changing rooms at work this evening.  I was getting ready for the cycle home, but they were clearly getting changed to go and pump some weights in the gym.  Yeah, we have a gym in the office.  I don't push weights and I run outdoors, so it's a little pointless me buying a membership, but we do have a gym.  Anyway, they do that thing that people who pump iron do, and they were talking about what iron they were going to pump today.

"Well, I worked on my legs yesterday, so today I'm doing my shoulders"
"Yeah.  I was here yesterday afternoon, working on my arms, and I had the whole place to myself, so I was just chilling out and relaxing"

Hmm.  As it's a gym in an office building, it's probably not all that surprising that he had the place to himself on a Sunday afternoon, but as it's a well known fact that building up your muscles by pumping iron actually reduces the size of your brain, perhaps we should make some allowances.  Luckily, before I killed myself, they moved the conversation away from major muscle groupings of the human body, and began to talk nutrition. 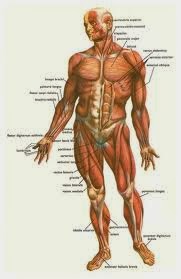 "Have you tried these supplements?" He waved a large container at his colleague
"No.  Are they any good?"
"Well, I only bought them at the weekend, but apparently you don't bloat when you use these because there's no fluid retention at all."

At this point, just as I was on my way, and presumably just before they started discussing diarrhoea and cock shrinkage, an older guy came into the changing rooms just in time to hear the end of their conversation.  He was maybe in his mid-forties and clearly in pretty good shape.  He saw the two younger guys looking at the bottle of magical nutritional supplements and simply said, "It doesn't work." 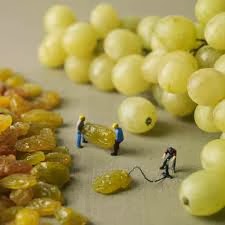 I made my excuses and left before the conversation got any more technical and the three of them ganged up to kick sand in my puny face....
Posted by swisslet at 22:29