I don't agree with this, reckoning that all you need is a bit of imagination, but I've been told many times that this is the case so it seems that lots of people in my life believe it to be true.  It's true that I tend to buy myself anything that I really want rather than hoping that someone will get it for me, but surely to goodness it can't be too hard to think of something that I might like.  Can it?

I think a present that I was given yesterday rather proves that imaginative gift buying isn't quite dead yet. 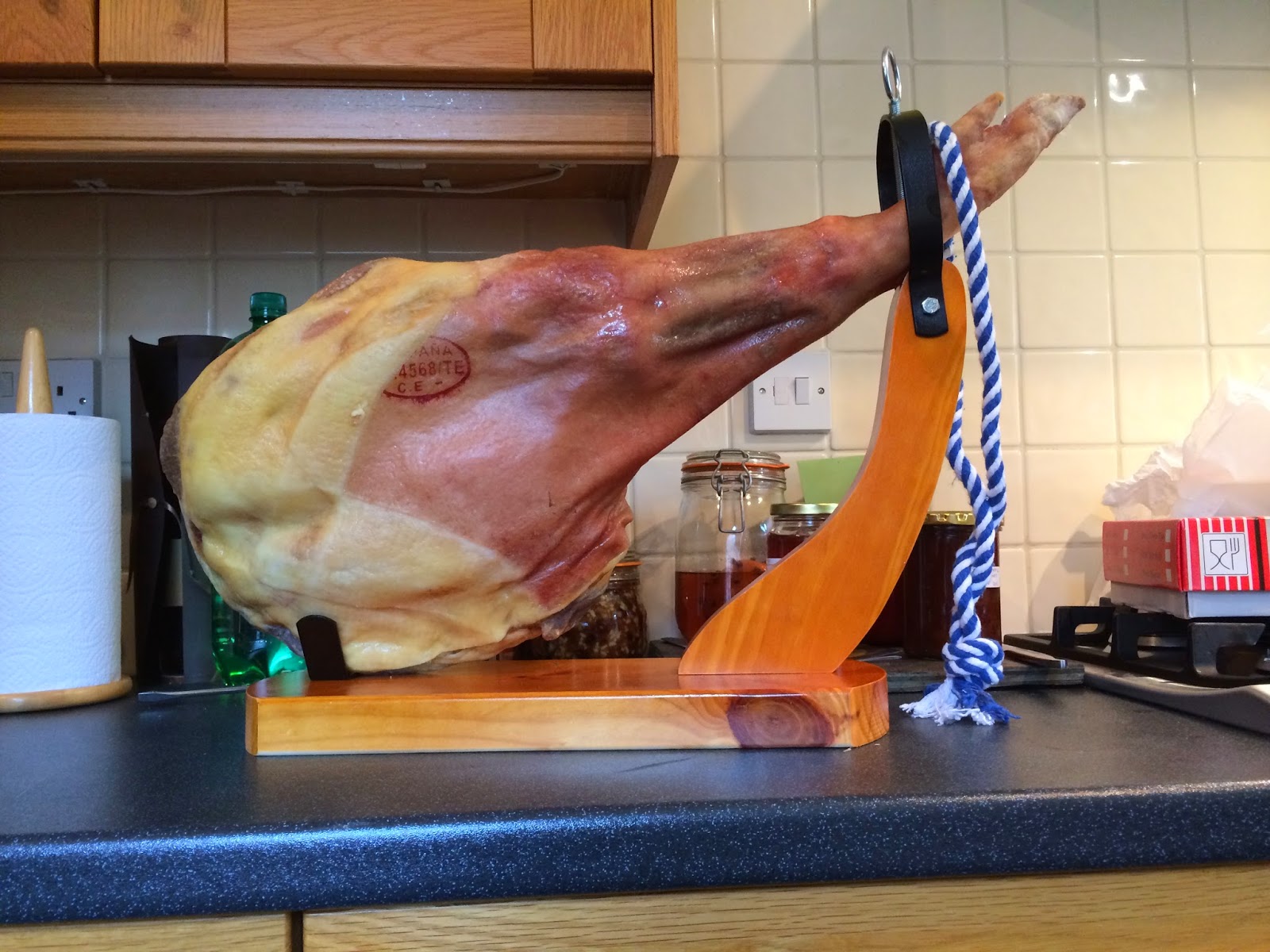 I got given a whole serrano ham.

I'd rather thought that after a good six weeks of milking it, my fortieth birthday celebrations might be over, but apparently there was at least one more surprise in store.  The friends we visited over the weekend had ordered this little beauty some time ago and had been eagerly awaiting delivery. 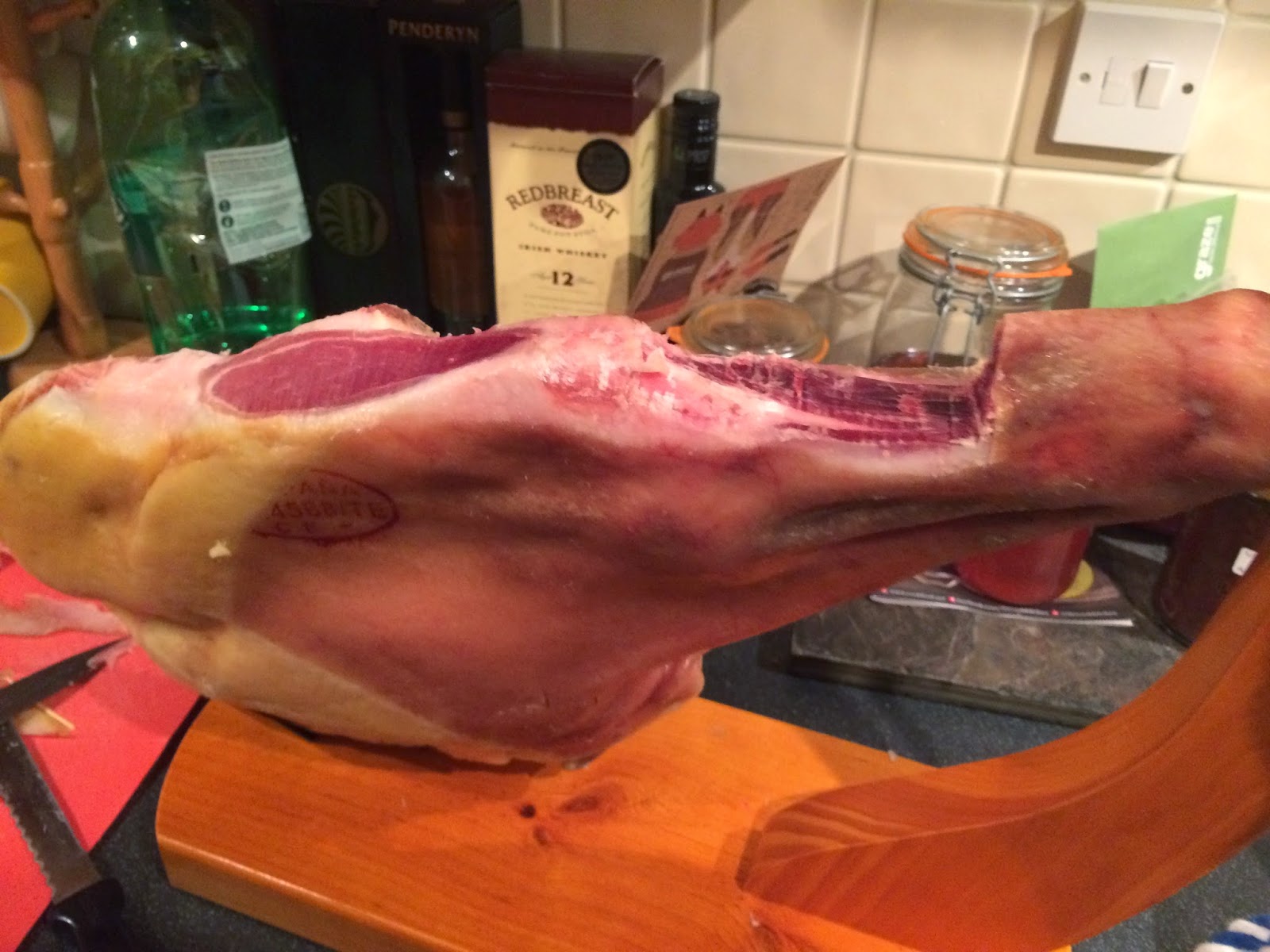 So, now I'm the proud owner of both a ham and the stand to put it on.  It's as if they read my mind and thought of the one thing that was missing from my kitchen.

That's a lot of ham.  It's salted and air-dried, so it should last a while.... and in the meantime, I've been discovering the joys of carving my own ham and serving slices with olives.  It's a little taste of sunshine and it's lovely.  I also won't need to be buying any pre-packed slices from the supermarket for my lunch for the next little while. 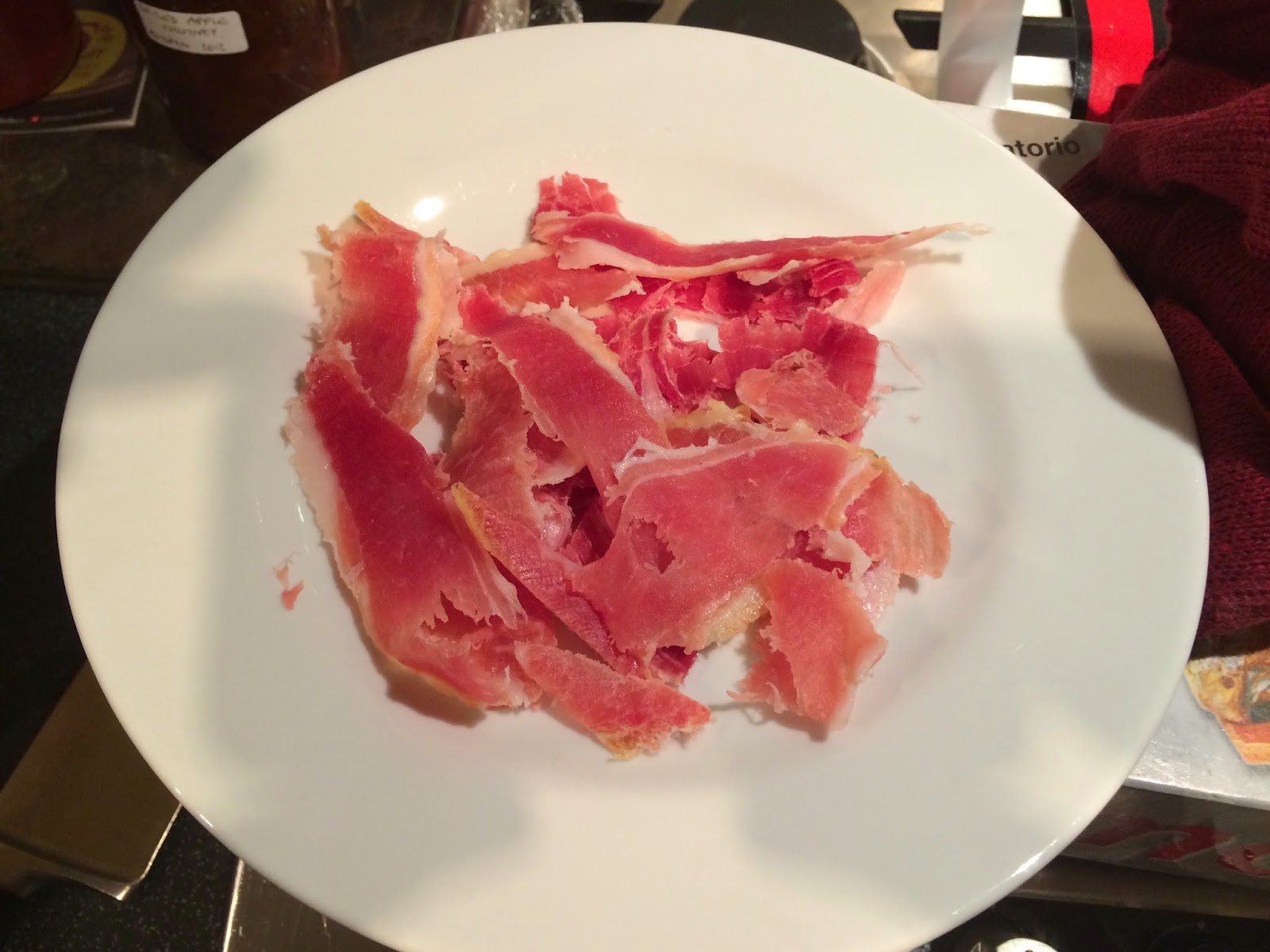 It does, however, present me with a middle-class problem: how do I keep the cat off my whole serrano ham?  She's thus far only shown a ground-level interest, but this could yet develop into a battle of wills if she ever acquires enough of a taste for excellent quality artisanal ham to venture up onto the counters to help herself.

Good job I like my vitamin P, eh?  If anyone fancies popping round for a slice or two over the next few weeks, then please feel free as I should have plenty to go around.