you and me babe, how about it? 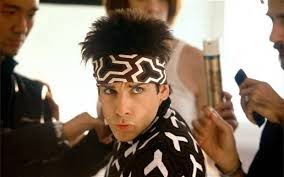 As you know, thanks to my team at work, I've had something of a crash course in online dating over the last few months.  Because people apparently don't meet organically any more, several of the beautiful, intelligent women in my team are putting themselves through the wringer of dating websites.  One is very happy and several weeks into a promising relationship, but the other is still wading her way through hundreds of hopeful/hopeless profiles online.

Yesterday, I was introduced to Tinder.

Look, I've been happily loved up with C. for more than fifteen years now, so this is all pretty new and alien to me.... but I'll try to explain.  Basically, the way this works is that you load up a few pictures of yourself and a tiny bit of information, and you then select your preferences and how far a radius you're prepared to go for a date, and then you're off.  You flick through profiles, hitting yes or no.  Everyone else does the same.  If two people both like each other, then you get in touch and start exchanging messages.  Simple.  A little lacking in subtlety, perhaps, but it's a start.

My colleague handed me her phone and had me flicking through profiles on her behalf for a while.

After about ten minutes, I was in a state of despair at the future of humanity.  Pretty much every single guy on the system seems to have uploaded selfies that show one or all of the following things:

My colleague told me that she had a match the other day and the guy sent her a message.
"Do you want sex?"  That was it.
Who said romance was dead?

I think I was a lot more choosy than she generally is.  I basically clicked "No" to everybody.  I did click  "Yes" to the guy with long, wavy hair holding a cello, but that was because I was so busy laughing that  I was looking for more photos of him and I hit the wrong button.

This, my friends, is how young people find love.  Well, sex, anyway.

The bastards.
Posted by swisslet at 20:17