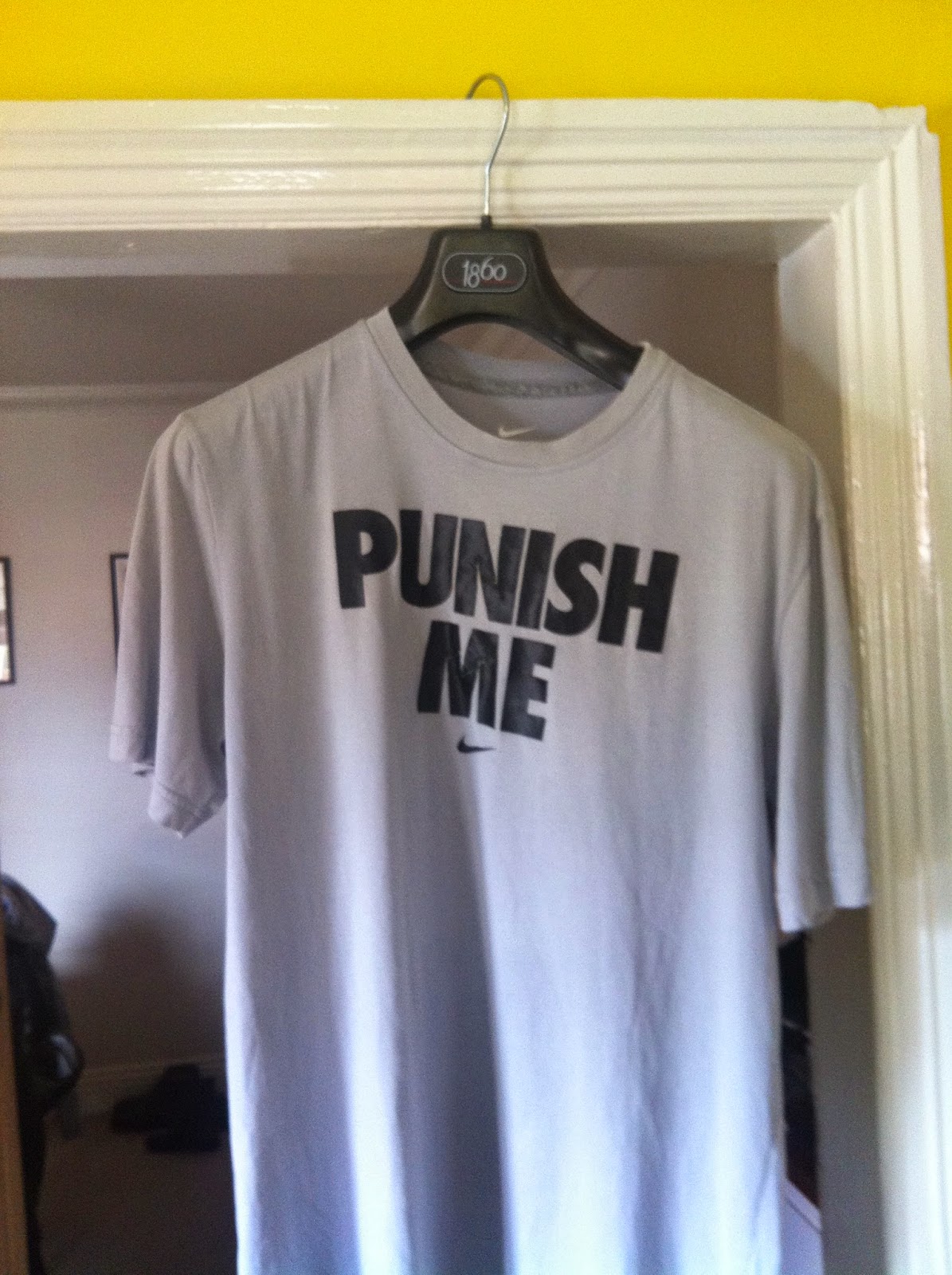 One of the most common symptoms of MS is fatigue. For me, this manifests itself as a deep-seated weariness; as if someone has flicked a switch and the power to my body has somehow been turned off. It doesn’t happen to me all that often, but when it happens, pretty much the only thing I can do is to go to bed. It starts with a tightness across my chest and shoulders, and a sense of enormous effort to even bear the weight of my shoulders; I’ll gradually stop talking and slowly withdraw into myself.

Odd though I know it sounds, this sense of fatigue is almost never brought on by exercise*. I flog myself into the ground on a regular basis and I’ve cycled over 1000 and run nearly 550 miles since the start of the year. I’m planning to run a marathon, for goodness sake. Actually, don’t ask me how this can possibly work, but going out for a run is one of the things I do that can shake off a sense of fatigue. I know, that makes no sense, but there you are.

Sometimes though, fatigue hits me right between the eyes. It’s an easy symptom to misunderstand because everyone feels tired occasionally. This is different, though. It’s hard to explain and probably difficult to understand, but this isn’t the kind of tiredness that willpower and a can of Red Bull can see you push through. I was out on a team leaving do on Friday night. We met reasonably early for a nice meal and then pushed on to a series of bars for a few drinks. As we walked from the restaurant to the first bar, I knew from my shaking shoulders that I was in trouble. I managed to stay out for another pint, but even by 10pm I knew that the only sensible thing to do would be to get a taxi home and hit the sack. I’ve no idea why I felt tired – and apart from my cycle to and from work, I hadn’t even done any other exercise – but my body was entering shut-down mode.

Before I left, I had a bit of a dilemma: what to tell the guys I was out with. On the one hand, I don’t owe anyone an explanation for why I was cutting my night short, but on the other, saying that I was “tired” didn’t seem to really cut the mustard. My MS isn’t really a secret from my colleagues, but neither is it something that I care to advertise, nor is it something that I ever want to use as an excuse for anything. Hmm. In the end, I just told most of them I was tired and was heading home. Needless to say, most people take that at face value, and only one seemed a little disgusted that I wasn’t coming out on a bender with him. One of my colleagues, who apparently knows me – and my condition - better than the rest, was concerned enough to actually ask me if I was okay and to offer me a lift home. Bless her, but a cab was fine. I’m not quite that much of an invalid.

I don’t like my MS to dictate anything to me. It occupies enough of a central position in my life as it is and I am reluctant to allow it to determine anything at all. Not surprisingly then, I hate the fact that it was effectively my condition that sent me home early on Friday night. Sometimes though - and this is a hard thing for me to accept – the better part of valour is discretion. Although the 4.5 mile run I did on Saturday, the swim on Sunday and the 8 mile run on Monday might indicate that I’m not going down without a fight.

* In the interests of full disclosure, I should probably add that the 8-odd mile run I did yesterday evening completely wiped me out. After first crying out for calories to fill the void left by my blast furnace metabolism, my body went into shutdown fairly quickly after I’d eaten. Sometimes exercise does trigger a fatigue response beyond aching muscles.
Posted by swisslet at 21:27