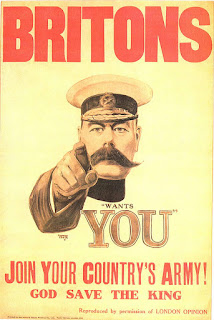 Those long uneven lines
Standing as patiently
As if they were stretched outside
The Oval or Villa Park,
The crowns of hats, the sun
On moustached archaic faces
Grinning as if it were all
An August Bank Holiday lark;

And the shut shops, the bleached
Established names on the sunblinds,
The farthings and sovereigns,
And dark-clothed children at play
Called after kings and queens,
The tin advertisements
For cocoa and twist, and the pubs
Wide open all day;

And the countryside not caring:
The place-names all hazed over
With flowering grasses, and fields
Shadowing Domesday lines
Under wheat’s restless silence;
The differently-dressed servants
With tiny rooms in huge houses,
The dust behind limousines;

"Progress, far from consisting in change, depends on retentiveness. When change is absolute there remains no being to improve and no direction is set for possible improvement: and when experience is not retained, as among savages, infancy is perpetual. Those who cannot remember the past are condemned to repeat it." George Santayana
Posted by swisslet at 11:00