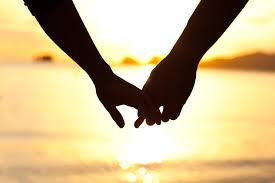 I caught myself walking around the office like an old man this afternoon: my legs were tired and I seemed to be hobbling around with a stiff-hipped stagger.  Someone saw me and actually asked me if I was okay. This is happening more often.  It's perhaps understandable when you've run twenty-odd miles the day before, but a little bit more worrying when you haven't done anything at all the day before.

Still, given that I went out this evening and ran a comfortable 4-or-so miles at a decent pace, I don't really feel as though I've really got anything much to complain about.

How about, instead of grumbling about something that isn't -- for now, at least -- impinging on the way I choose to live my life... how about I talk about a symptom that might be invisible to you, but that has a subtle impact on me and the lives of the people closest to me?

Whilst I was out on my run this evening, I saw a middle-aged couple walking along the river in the sunshine holding hands.  It was nice, but it made me realise how little I hold hands with my own wife.  I used to quite like holding hands.  It's a simple gesture of affection, but it means so much and I barely do it any more.

Why? Because I've lost sensation in my hands and because it makes holding hands feel weird.  Not nice: weird.  Imagine that.  It was such a nice thing to do.  You totally take it for granted until it's gone.  I wish it was otherwise, but that's the way it is. This same loss of sensation also means that I am starting to struggle with some of the little things that require finer touch control, like the ability to do up the top button on my shirts or the buttons on the end of my duvet cover.  Not really a big deal in the grand scheme of things, I suppose.  In fact, in spite of all this, I still consider myself to be lucky, because my younger brother's MS has robbed him of much more sensation in his hands and he has to use a special keyboard now just to be able to operate a computer.  As ever with MS (or anything in life), you never have to look very far to find someone worse off than yourself, eh?

But yes, I don't really like to hold hands anymore.  In some ways, I find it easy to cope with some of the bigger things that MS has to throw at me... but tonight it's the little things that feel like the biggest loss.
Posted by swisslet at 22:21