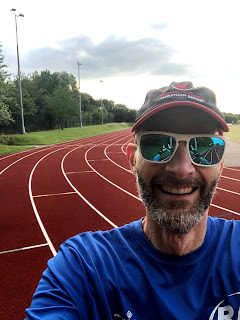 As they're obviously trying to keep (potentially vulnerable) people away from the clinic at QMC at the moment, I had my annual consultation with my neurologist over the phone today. Actually, it was a surprisingly effective way of doing it and was probably as helpful as any of the sessions I've had at clinic since I first started getting symptoms.

The long and the short of it is that my disability has been slowly increasing over the last few months/years and today they've shifted my diagnosis from 'relapsing-remitting' MS to 'secondary progressive' MS.

I think this sounds more significant than it is. Ultimately, it's just a label to describe the way my disease is progressing. Most people with MS have a series of relapses, each relapse bringing new symptoms and new problems which get a bit easier with time (without ever completely disappearing), before the next relapse arrives and starts the cycle again. Almost all the treaments for MS are designed try and slow down the frequency with which you have relapses, thus slowing the progress of the disease and increasing disability. There isn't a cure.

I've never really had relapses and have just seen a slow, but steady increase in the severity of my existing symptoms. I haven't been on a disease modifying therapy for a couple of years now, so shifting my diagnosis is really only an acknowledgement of the way my MS seems to be progressing: I'm not expecting relapses, but I am expecting my legs to get stiffer (amongst other things). The shift closes the door to lots of treatment options, but may open the door to others.

It's only a label... but at the same time, it can't help but feel like a significant moment. It sounds significant.

Still, I have much to be thankful for: we're off on an 11 mile run tomorrow morning and I've run a little over 1,100 miles so far this year. Very little of that has been as fast as I would like, but I know that I'm still capable of running quickly when I really want to, and I was only a few seconds off my mile PB a few weeks ago. Whilst I now don't trust my legs to the extent that I won't go out without knee pads and wrist guards, running remains at least as important to me now as it ever has done and I cherish what I can still do.

Every run, no matter how long or how fast, still feels like sticking two fingers up at this diease. Long may it continue.

Email ThisBlogThis!Share to TwitterShare to FacebookShare to Pinterest
Labels: more important than that, MS, possibly excessive stoicism, running, we do not talk about running club, WTs