he came dancing across the water... 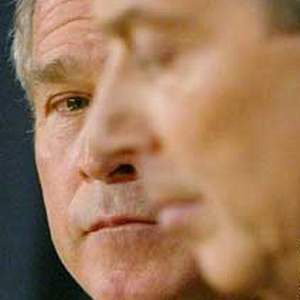 "If you kill one terrorist and one hundred civilians, are you further away from terror - or nearer?" John le Carré

"On September 11 2001, America felt its vulnerability even to threats that gather on the other side of the Earth. We resolved then, and we are resolved today, to confront every threat from any source that could bring sudden terror and suffering to America. " George W. Bush

Number of victims on 11th September 2001: 2,996 (2,948 of those are confirmed as dead, but heartbreakingly 24 of those are reported dead and another 24 are simply reported as missing).

Estimated number of civilians killed by the military intervention in Iraq: 41,650 - 46,318