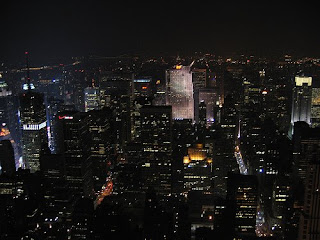 Right, well I'm just about to shove of to New York for a few days. I've only been once before, in 2004, and that was with work when I barely had time to do much more than pop up Empire State (above)... so I'm very much looking forward to a rather more social visit. The Met, skating in Central Park, a spot of shopping, MOMA.... that kind of thing. Should be good. Apparently they're showing "The Dark Knight" on the plane on the way over to JFK too, so it's all good.

.... just time before I go to give you a week three update on my burgeoning 'tash. 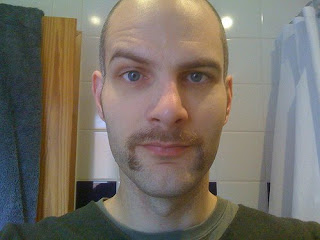 I've had my hair cut this morning, so now the moustache is officially longer than my hair. 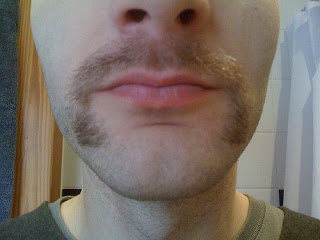 It's also been growing for long enough that I have been forced to discover the joys of grooming it. You know, getting a little pair of scissors and vainly attempting to stop it growing down over my lip and into my mouth. Yuck.

It's becoming a bit annoying to be honest, and I really can't wait to be rid of the damn thing. Ten days to go and counting. I've noticed that I've developed a slightly worrying tic of stroking it absent-mindedly during meetings, which I suspect is starting to freak people out. 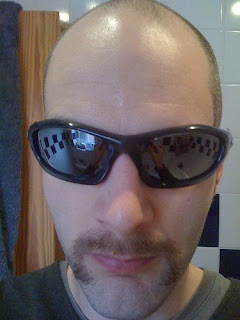 Still, the good news is that I've now raised £667.78 on behalf of the Prostate Cancer Charity, so it's certainly not all been in vain.

As well as looking like a fool in all of my holiday photos, I have still also got to brave a trip back to my parents on the last weekend of the month, at which time I will be attending the annual wine-tasting fund-raiser for the local entertainments group of which my father is a cornerstone. *sigh*. I'm sure the whole village will get a real giggle out of it.

Still time to make a donation. Just click here. Every contribution welcome, no matter how small, and thanks to those of you who have made a donation so far.

There's a set of all my Movember photos here. I should do a montage or something.
Posted by swisslet at 18:35

Email ThisBlogThis!Share to TwitterShare to FacebookShare to Pinterest
Labels: movember