There's an article on the Guardian today about celibacy. See if you can guess why this caught my eye:

"So why am I celibate? More than a decade ago I was in a relationship when I discovered that I had a neurological condition that is likely, in time (I know not when), to deteriorate. That was the end of the relationship – a decision that my partner made and which, although I took it badly at the time, I now appreciate a lot better. After all, it is one thing to think that illness or death may happen to one or other of you half a century hence, another altogether when it may be only five years down the road.

Despite this, if you met me in the street you probably wouldn't even know that there was anything wrong with me. Certainly nothing off-putting to any potential mate. So why celibacy? At first, after the break-up, I could have gone one of two ways. I could have dived head-first into a flurry of empty, hedonistic sex in a quest for revenge against all women for my ex-partner's abandonment of me. I didn't; although it crossed my mind. Instead, at first, I took some time out to grieve for the loss of a relationship that had meant a lot to me and, to be honest, to feel bloody sorry for myself.

But what to do after that? After I had spent some time in thought, both consciously and sub-consciously, I slowly came to the conclusion that celibacy was the way forward".

The author goes on to explain how he feels he now has better relationships with his female friends.  It's an interesting article and you should take the time to read it in full, but I had two immediate thoughts:

1) I have a neurological condition that may, in time (I know not when), deteriorate.  I am also lucky enough to have a partner who has stayed with me all through the symptoms and eventual diagnosis, and has shown absolutely no sign of leaving me on my own (well, not because of that, anyway....)  I have much to be thankful for.

2) If I do ever find myself alone for some reason, would I consider turning to celibacy because I was worried about lumbering someone else with that kind of a burden?  Hell no!  Hell's teeth, any of us could get hit by a bus tomorrow and that could be that.  Who knows what's happening in my brain and central nervous system or if that particular time bomb will ever go off?  I sure don't and neither does any neurologist in the world.  Cheer up, might never happen.  You can't live your life on the basis of something that may never actually come to pass.  I'm sure there might be good reasons for some people to (deliberately) try celibacy, but I don't reckon that's one.

Each to their own, of course.

As it happens, it's seven years to the day since my beautiful wife and I got married in Vienna. 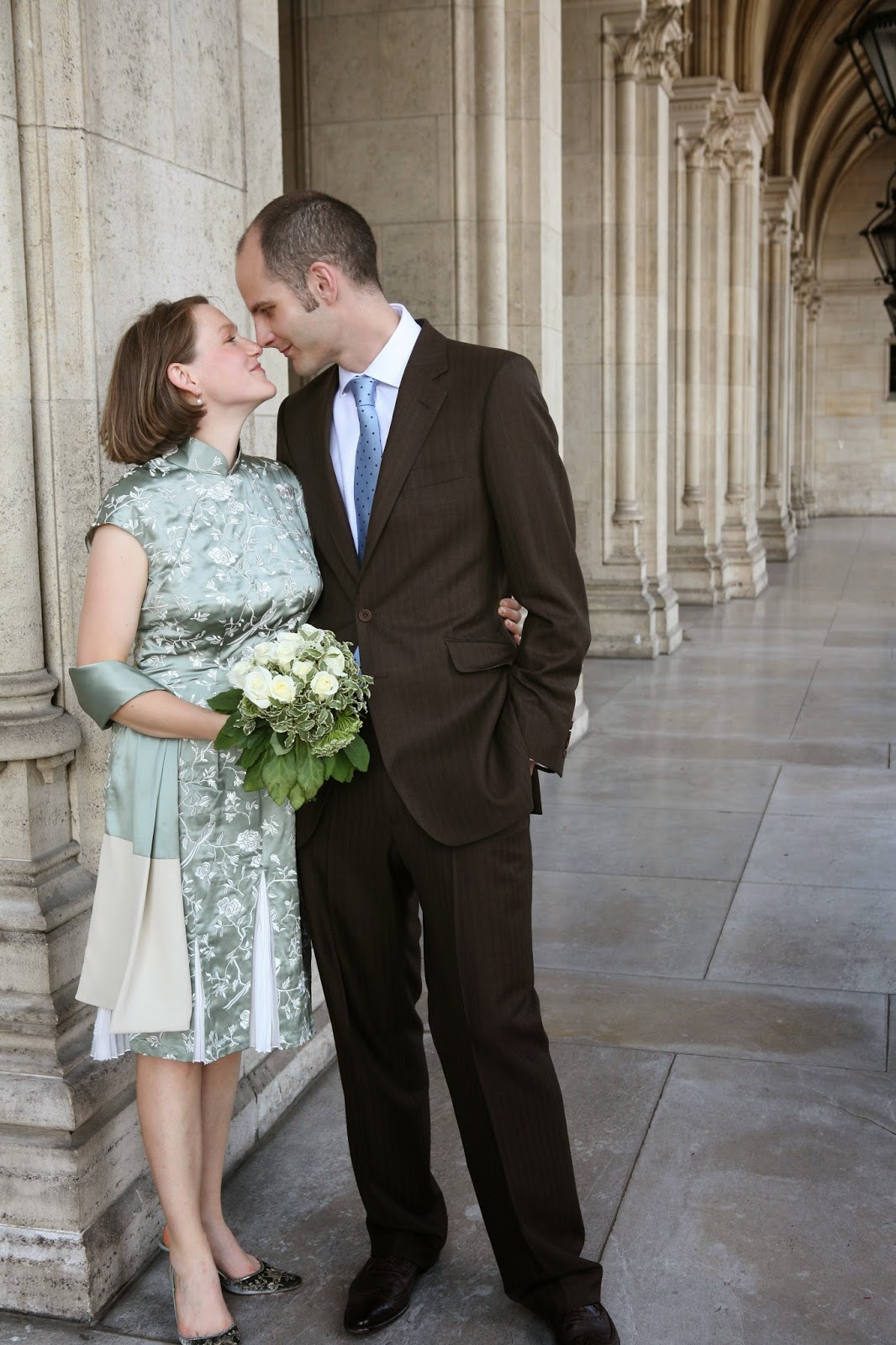 Best thing I ever did.
Posted by swisslet at 21:00