When I was diagnosed with multiple sclerosis in 2009, I very quickly had to make two very important decisions: did I want to start taking a disease modifying drug (DMD)? If so, which one did I want to take?

Neither of these decisions is particularly easy. You’d imagine that everyone would want to be on a drug as soon as possible, but actually, NOT taking a drug is also a perfectly valid choice. MS is (currently) incurable and none of the drugs on offer can make any claim beyond *maybe* slowing down disease progression, although there will be no way of knowing if it’s doing you any good because everybody’s disease presents differently and advances at different rates. And, of course, they all have side-effects… which range from something as benign as getting a bit of a headache all the way through to developing a brain tumour. Nobody wants a brain tumour, do they? Lots of people actually find that the side-effects they do get are so awful that they would rather roll the dice and take nothing at all than face up to that.

For me, the decision was relatively simple: I would rather take something that might be doing nothing, than to take nothing…which is definitely doing nothing to help. The drug I chose was Avonex, and the reason I chose it was because it was a once-weekly injection into the muscle of my thigh that (at the time) I wouldn’t need to keep in a fridge. Yes, it involved a big needle, but I’m not squeamish and it meant a much lower level of general disruption to my life than some of the other drugs that needed injecting several times a week. 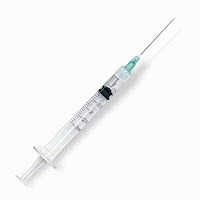 As it turned out, I seemed to tolerate the injections fairly well: a couple of paracetamol and 400mg if Ibuprofen before injecting at bedtime, and I seemed to be able to ride out the worst of any side-effects. Occasionally I’d wake up the morning after feeling completely drained, but I certainly never got any of the flu-like symptoms that many other users reported. I tolerated it well, my blood tests seemed relatively normal (on these sorts of meds, you need your blood monitoring to make sure they’re not doing you any form of mischief elsewhere) and, most importantly of all, my MS didn’t seem to be progressing. Never mind that newer therapies – many of which didn’t involve injections at all – were coming onto the market; why change?

For the last three or four winters, I seem to have become susceptible to chest infections that linger for several months. As a runner, this has been annoying, but it was only when my GP mentioned to me this year that this was something that was likely to happen to me every year now, that I even really began to think that it might be down to something other than bad luck. The drugs used to manage MS essentially work by damping down your immune system in an attempt to stop it going rogue and attacking my own nervous system. Is it really such a leap to imagine that suppressing my immune system might lead to other infections? Well, perhaps that was still a trade-off worth making… but then I started to get swelling and white mottling on my tongue and on the back of my throat. I didn’t have any signs of a bacterial infection and came back negative for fungal infection… was I starting to get an allergic reaction to my medication? One week, my throat swelled up within minutes of my injection, and my MS Nurses just told me to stop [I wrote about that the other week]

Did I mention that the MS Nurses are great? They've offered me front line support since the day I was diagnosed and one of the reasons that we support the MS Trust is because they provide the funding and training that helps the MS Nurses carry out their vital work.  We're running a marathon in April to raise money to support that work, and you can sponsor us here..... the MS Nurses all remember me when I ring because I'm the runner.  This money is needed precisely because it's so unusual to run a marathon with MS.  Most cannot.

Heck, on Saturday I ran 18 miles before breakfast! I was out of the house at 05:45 wearing a head torch!  I know!  And a 5.2 mile club cross-country race through knee-deep muddy water on Sunday! 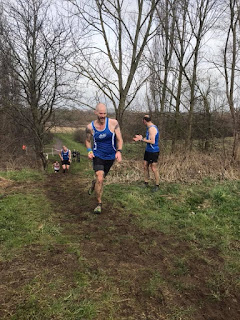 A month later, my throat is clearing up… but what next? Obviously, it’s not much good taking nothing at all. I’m feeling better, but presumably the same decision I made in 2009 still applies: I’d rather be doing something than doing nothing. But what am I going to take? Well, I spoke to Kate the MS Nurse again today: apparently, although Avonex is one of the older treatments, it is also one that suppresses your immune system the least; all of the others hit you harder. But does that mean that taking them would make me even more prone to infection? Was the infection down to the Avonex suppressing my immune system, or was it something else? I’m told that it’s unlikely that my neurologist would want me to continue with it (only now do I learn that 9 years is a long time to be on Avonex), but it’s not clear where I go from here.

Meanwhile, I wait… and hope that I don’t have a relapse in the meantime.  It's something like this that helps me to remember how lucky I've been in the 9 years since I was diagnosed. I really haven't had any great dramas from my MS and - relatively speaking - I still don't really have a great deal to complain about.

At least I’m not very likely to catch a cold.

* UPDATE -- the neurologist wants to see me. My next appointment is in November, so they're seeing if they can get me in over the next couple of weeks. His preference is to keep me on the Avonex as I've responded so well to it over the years, but.... who knows?
Posted by swisslet at 20:13